Zucchini, John, and I broke camp shortly after dawn. 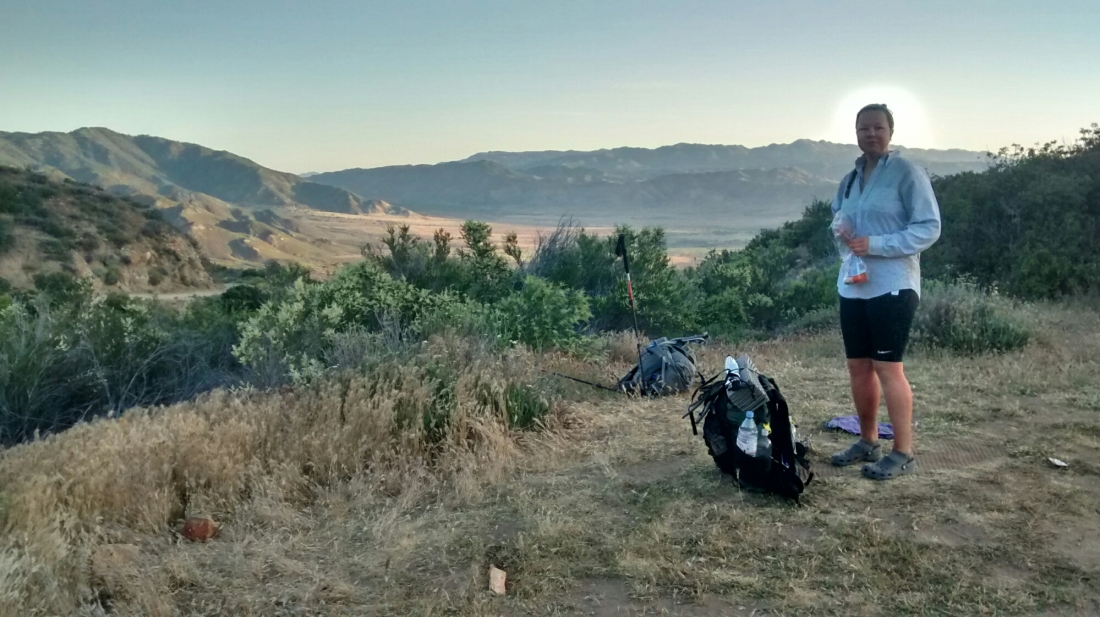 Zucchini set a quick but steady pace. Something about it reminded me of how I used to try to hike at the same speed on uphills, flats, and downhills. It was something of a reminder of how to hike with strength. It may sound strange but the concepts of hiking quickly and hiking with strength are different for me. Hiking with strength is the mindset you use when you have to maintain an aggressive pace for a long time. Hiking quickly can be a sprint at the end of the day which isn’t sustainable.

We passed Rusty and his girlfriend camping in a wash who then passed us during a water break after which we caught up to them and hiked in to the Scissors Crossings water cash together. There was water so I took four liters to get up to five and set out with John for a 24ish mile waterless section. 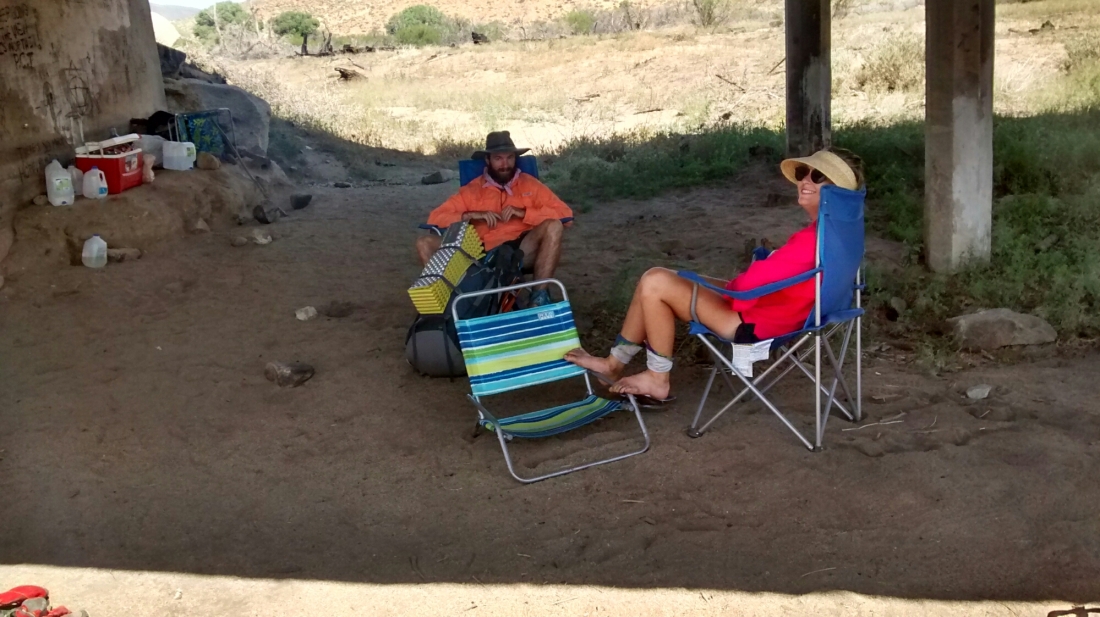 The trail after Scissors Crossing is by far the driest we’d encountered so far. The cactus changed from being multi-armed or small and round to single posts up to a few feet high. John and I talked as we climbed which made the elevation gain pass more easily but also lead to me draining my first liter well ahead  of schedule.

The trail became a very flat traverse slightly under the top if the hill which went in and out of every wash in the most meandering manner possible. We took a break in the only shade we saw but lunched under the open sun.

I didn’t have enough water to be comfortable for a night out so John and I parted ways since he quite understandably didn’t want to commit a 30+ mile day. He’d also taken an extra liter. I’m trying to get over water insecurity by practicing not carrying significantly extra. Apparently I’m still working on that.

The rest of the day was mostly just a long hard push. I ran across and old man with a feeble voice moving slowly. The kind of guy who you’d think might be en route to a nursing home if he weren’t half way through a very dry and hilly, if well graded, hike.

The vegetation started getting greener but there was one specific turn around which the north side of the hills suddenly became visible. It was like going from desert to farm country in a single step. From that point my water insecurity dried up.

I camped that night with a guy named max who had a fire going which was nice because I could keep warm while giving my upper body a sponge bath with a bandana. I had trouble setting up my tarp because the stakes wouldn’t hold in the sand and unlike a tent, it’s not freestanding.