I got a late start out if Wrightwood today because I tried to get a few more blog entries written over breakfast at a coffee shop called The Village Grind which notably has free Wi-Fi. However, instead of using the Wi-Fi to upload more than a post or two I used it to download a 568MB audiobook for today’s experiment: hiking while listening. I’m pretty new to the concept of consuming media while doing something else. Growing up, I didn’t watch TV while doing homework and don’t usually listen to music while exercising or doing housework.

My headphone cord isn’t long enough for me to put my phone anywhere except my bag’s shoulder pocket. This pocket, while having been designed for a phone (I assume), is tight and so makes it hard to pause the audio when you pass someone and want to talk to them or take out the phone for a picture. I’ve also been trying to carry my backpack without a hip belt to strengthen my shoulders and perhaps prepare for getting a frameless pack. This makes the shoulder pocket even tighter. By the end of the day, the jury was still out in the audiobook while hiking thing. I really need headphones with a longer cord or different attachment mechanism for the phone before trying again.

At the Village Grind a local named Reuben who had a counseling practice next door chatted me up, another reason I didn’t get so far on the blog posts. As I left, he chased after me and offered a ride to the trailhead which I accepted. The Acorn trail is short and steep enough to break a sweat and so not breaking sweat on the steep road up to it seemed fine as it didn’t count has forward progress.

I passed through a ski resort. I felt smug ignoring the warning even though I was safely on a trail. 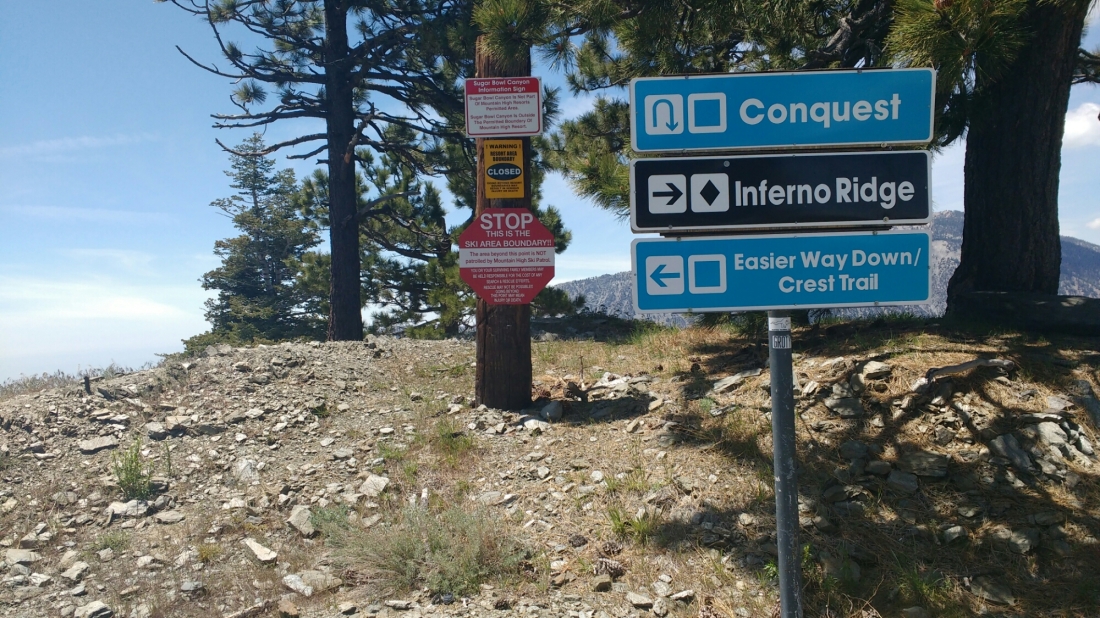 This resort seems to have lined some if its ponds with plastic to keep the water. 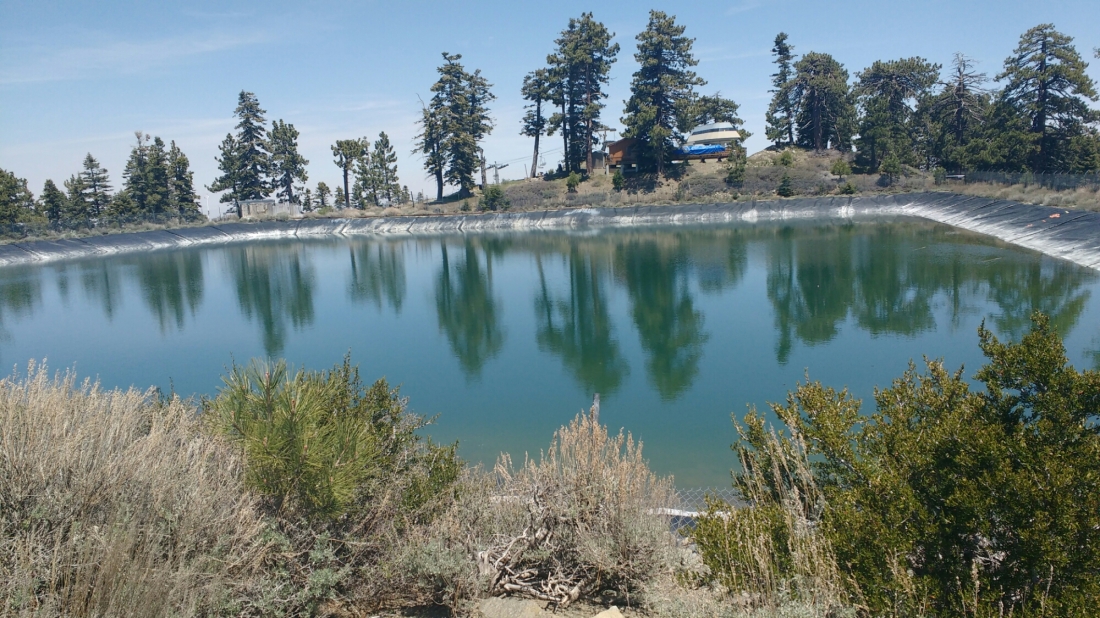 I ran across another software engineer named Dillon from the San Fransisco Bay Area near where I grew up. We hiked together for a bit a talked about the industry, mostly how fortunate we are to have the opportunity to do things we enjoy, get paid for it, then take some time away, and still expect to have a job after trail. A lot of people on the trail are at a transition point in their lives or careers and some are even in intentionally leaving something behind.

At the Grassy Hollow Visitor Center, I was trying to find a water spigot which the water report said was on. A field trip was there and a kid came over and told me I looked like a Ninja Turtle, then he and his friend disagreed over which one. While I was poking around, a guy in a Forest Service vehicle pulled up and asked me what I was doing. Hoping I wasn’t in trouble, I told him I was looking for water. He asked if I could help him with something and he’d give me water. His name was Ron and I helped lift the cover over the center’s water pump and then read the dials to measure gallons per minute. In return he have me a gallon if bottled water and asked me to leave whatever I didn’t use by the trail. 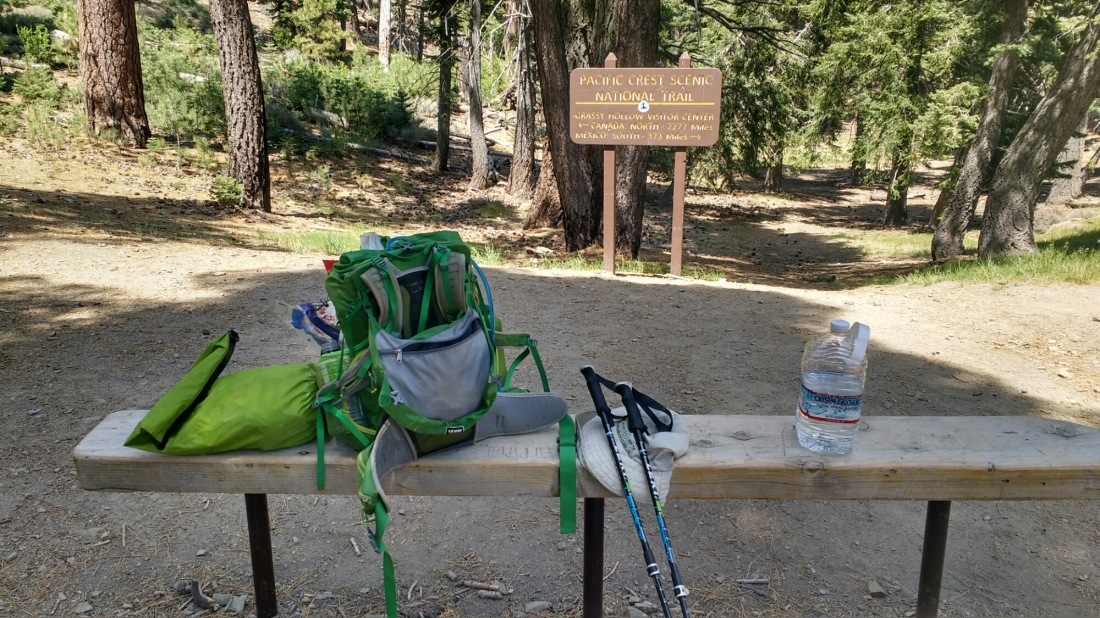 The trail had a few sweeping views of the nearby plains occupied by outposts of civilization. Such views are frequent in this first section and make the trail feel tame and safe.

I ended the day part way up Mount Baden-Powell. I’d intended to sleep on the top but ran into Sven and Julie at a perfect campsite about a mile before. I was low on water and so put some snow into a bottle to melt overnight.