Today started with some bumming around town. I got a large breakfast at the café then loitered with the rest of the freshly washed hikertrash on the front stops of the general store (pictured below) until it opened and I could resupply. Clif Bars were $2 so I bought a jar of Nutella and a loaf of cinnamon raisin bread figuring that each Nutella covered piece of the loaf would be kind of like a bar. In fact they were better and the loaf alog with most of the Nutella was gone by the end of the day.

Unfortunately the wifi was really spotty so I couldn’t investigate the disappearance of my credit card. With no cell service either, I hiked out just as the French and German contingents of the local hiker population gathered around the TV in the café to watch their countries’ teams compete in the semifinals of the Eurocup. With about a half dozen hikers representing each side, I figured it would be a great watch party.

On the bright side, I got a hitch out of town.

However, there was a long, rocky uphill out of Sierra City. Loose, large rocks. Rocks that rock underfoot, slide like mud when you push, and dig in to your shoes when you plant a foot. It’s my least favorite terrain.

On the bright side, the view was sweeping. 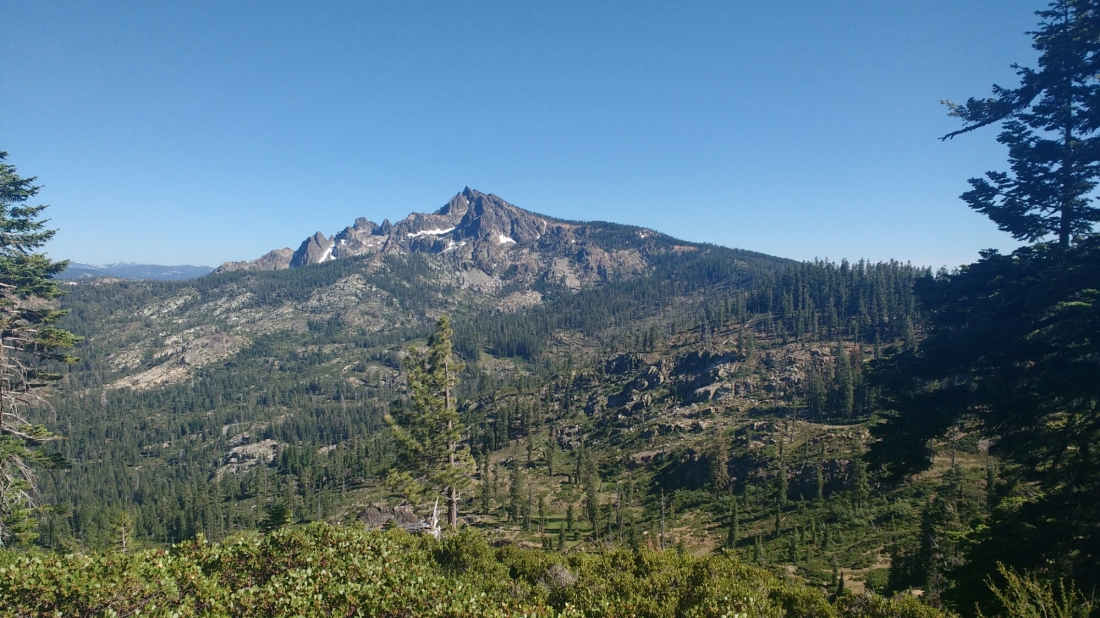 After the climb, I passed the then off to the Sierra Buttes and started a long walk just below a ridge. The views were open over a twisting valley with multiple lakes… and a sign about the availability of that all important resource – cellphone coverage. I have the cheapest plan in America and get what I pay for which is to say that I had roaming without data. It was like being teased. I walked the 100 yards slowly watching the bars on my phone’s screen, hoping the roaming symbol would disapear. No luck.

The mound in the background is the Sierra Buttes fire lookout. This really doesn’t do it justice. 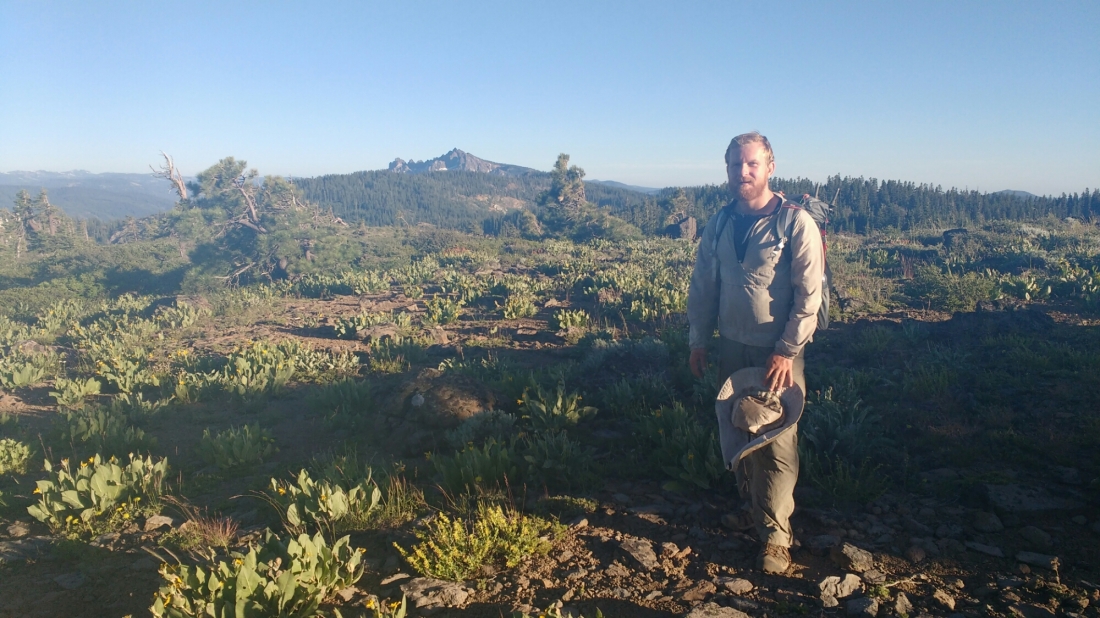 A sample of the view. 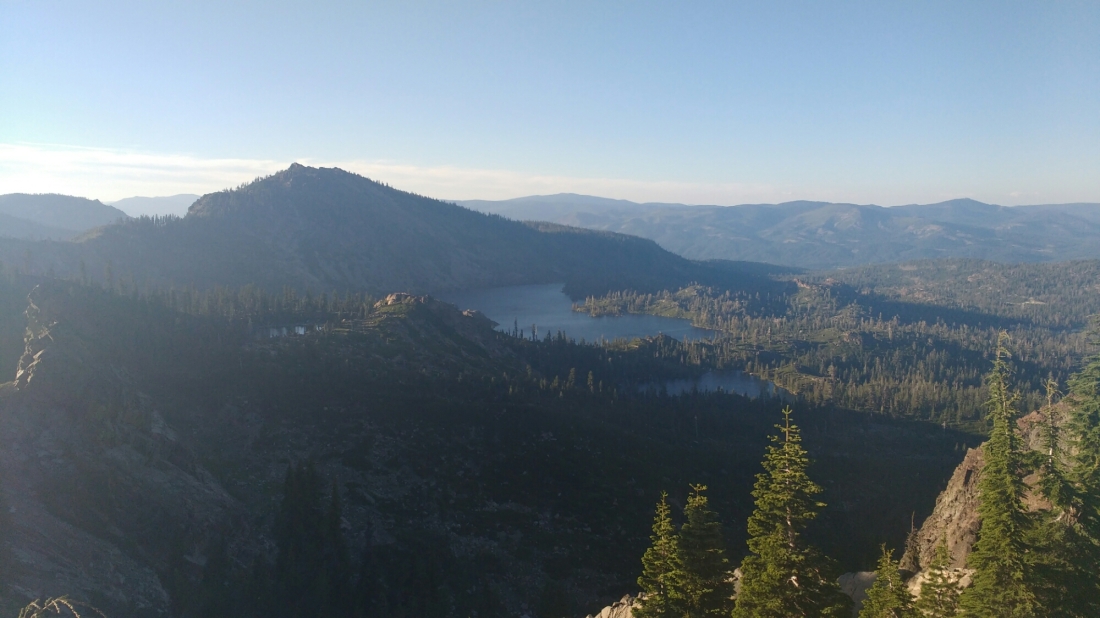 I camped with Scrapbook, Short Shorts, and Little Red Riding Hood after being overtaken by Scrapbook at the boundary of Plumas National Forest. where I had been studying a trail map on a sign I remembered from six years ago and trying to decide if I wanted to camp at the same lake as last time where I was woken up by gunshots in the middle of the night.