Yay! I can see Shasta again. I’d been told much earlier in the trail that once I saw Shasta, I’d be seeing it for a long time because it’s so big and takes so long to pass around. 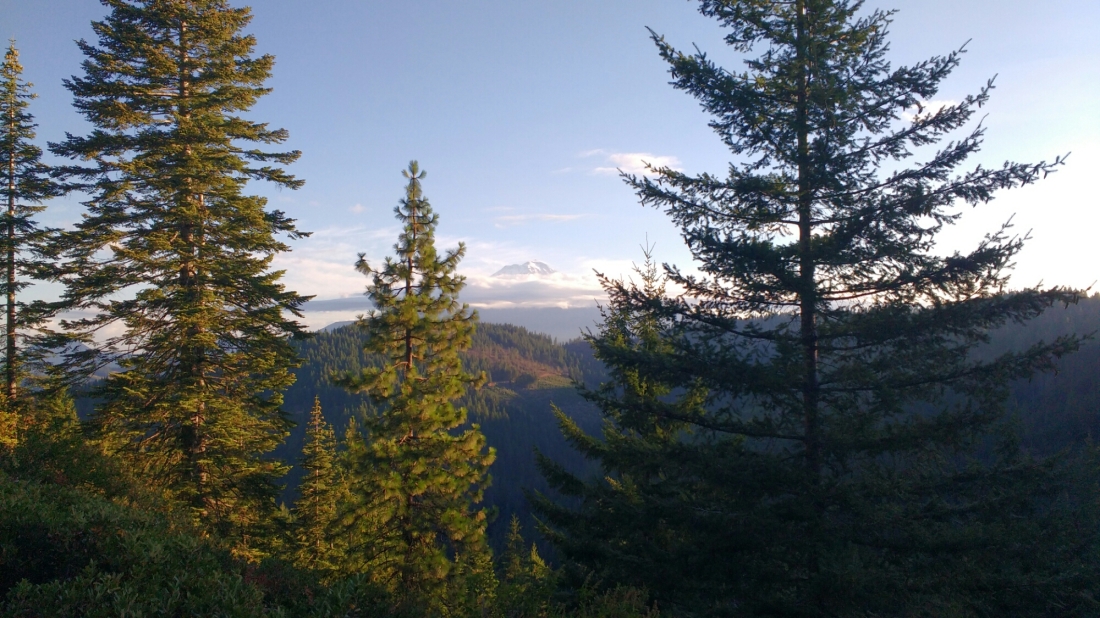 Not sure what mountain this is but it reminded my of the Lonely Mountain from The Hobbit.

Just in case you weren’t sure, this is a frontage road.

Instead of taking the Frontage Rd, I went straight and picked up the Kettlebelly trail to the Castle Crags Campground. Re shower had a coin receptive but when turned, the handle started the shower so apparently they’re free.

I picked up my resupply box from Amirati’s market along with a box of cereal and a half gallon of milk. The resupply went in my pack and the milk and cereal went in my stomach which required a subsequent siesta.

I ran into Jan at Amirati’s and we hiked out together after sandwiches and ice cream for dinner. While we’d originally intended to hike 10 miles, I think we made it a full two miles before finding the last campsite listed in my noted for a while. Star was there and she and I wound  up in what for me was an educational socio-political conversation while Jan ate a second dinner.