Today started at normal hiking hours despite being in town. By 7:15am we were packed up and at a coffee shop. My folks dropped me at at a tour company where I’d reserved a ride down Hole-In-The-Rock road back to the Hayduke. I’d made a reservation online but it was only in person that they told me there was a two person minimum. There was some confuse with the software, in part because I was only going one way, so we’ll see what I wind up being charged.

I had a great time chatting with Mark, the driver, as we fish-tailed and slid along the road. He even drove me a bit past the official drop-off point. Free miles!

Then it was up, up, up, into the mist shrouding the 50 Mile Cliffs. It was one of those quintessential Hayduke moments where the place you’re definitely going doesn’t look passable at all.

Just before the cliffs, I ran across what looks like an old water cache.

The climb through the upper cliff band was on a trail which I appreciated a great deal as I couldn’t have found my own route in the fog.

The kinda cross country portion at the top of the cliffs was also cloud enshrouded. I’ve given up the map-and-compass-only game and having “hiking avionics” made life much easier as there wasn’t really a trail.

I loaded up water at the not at all muddy Mudhole Spring which had a cabin nearby.

Around mid-afternoon I’d made my way into Monday Canyon. The going was pretty rough but the colors were pretty even if they made the going slow. 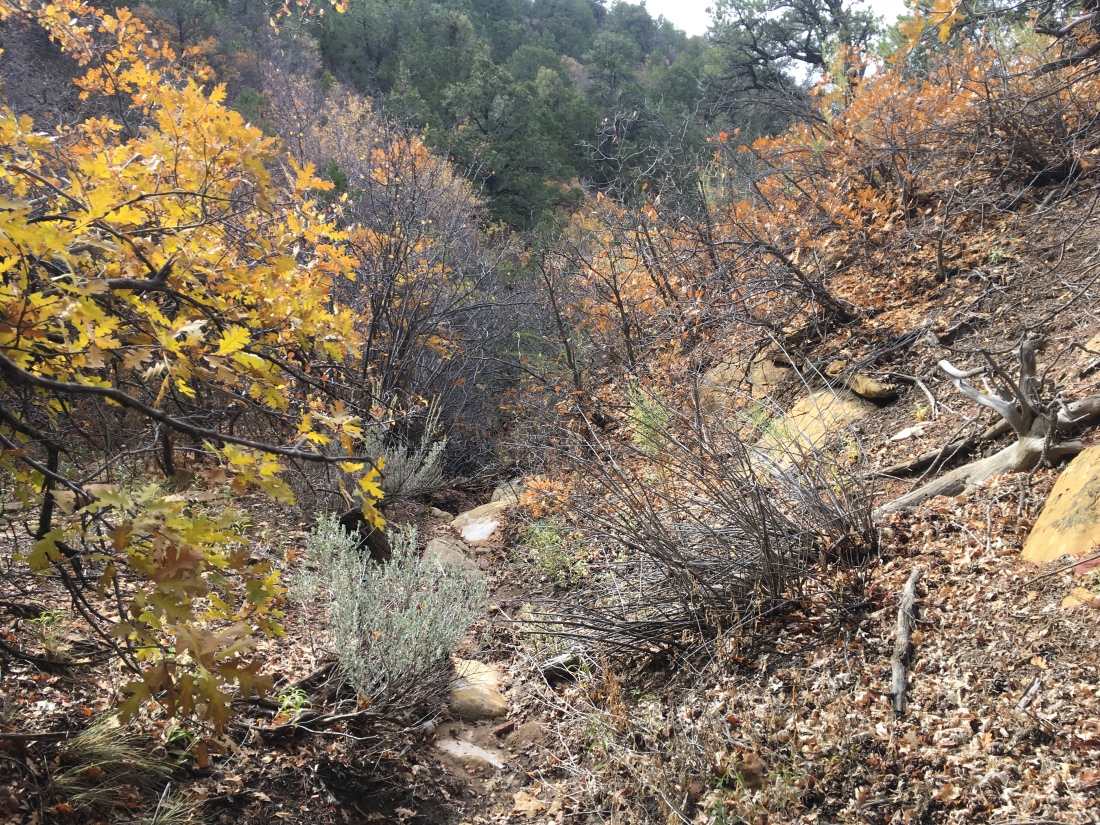 In several places I slid down sandstone slides. 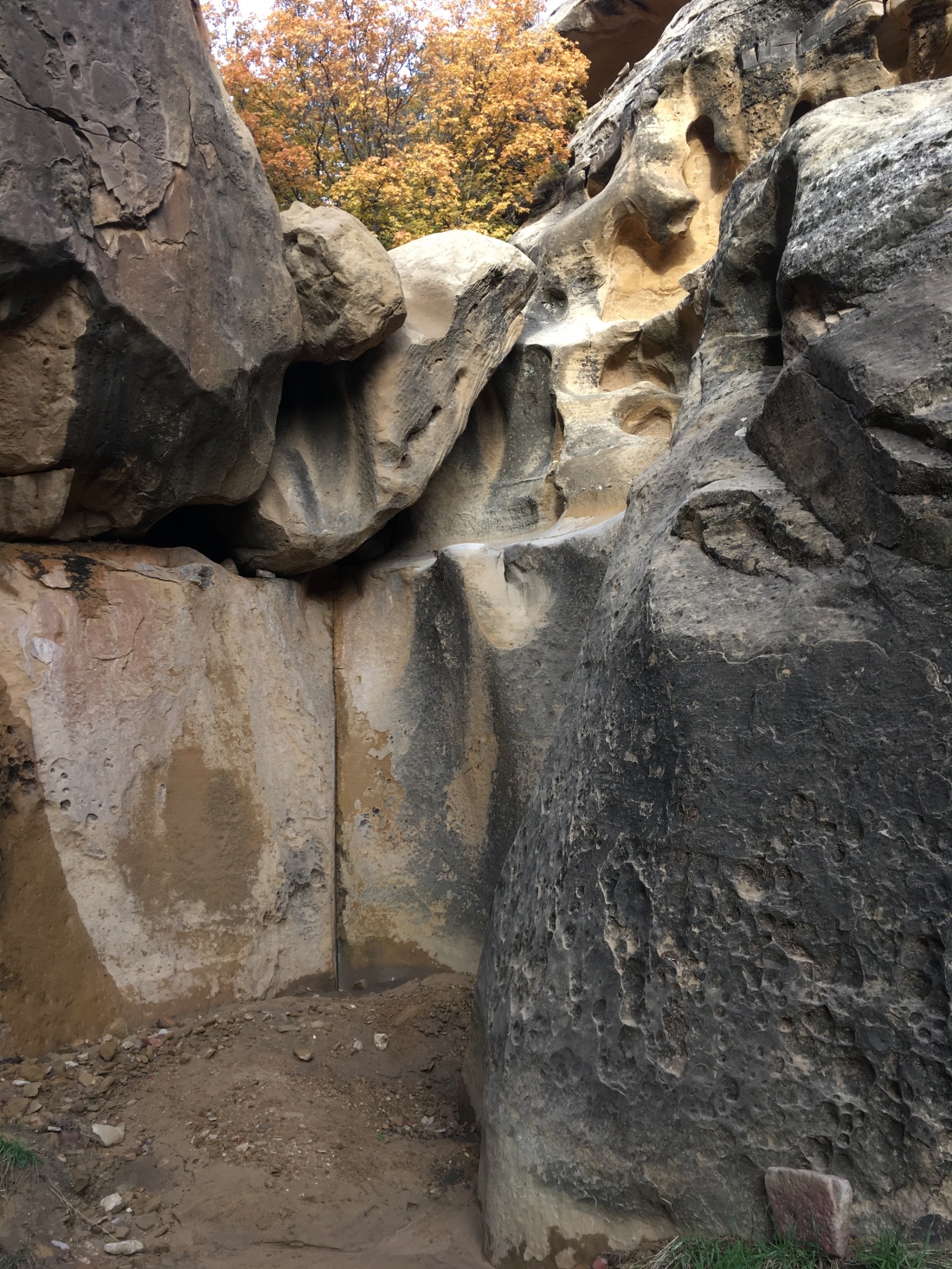 For some reason the canyon walls made me think of the monkey’s palace in The Jungle Book.

I mistook a side canyon for Roger’s Canyon and thought I’d been making great time. Checking the GPS, as I have to do when I’m not “staying found” with map and compass was a let down.

A real tent had higher requirements for a campsite than a tarp and the canyon was rough and uneven as light began to fade. After a steep bypass of some pour-offs on loose dirt, I suddenly came across a spot just large enough and relatively flat after clearing out the sticks and small plants. While tents seem demanding, they sure are nice once set up. This is a small two person tent and it feels palatial after my one person tarp.