I had stopped last night with about two miles of Hackberry Canyon remaining even though I could normally have made it out in time just in case things got slow. They turned out to be fine. Cottonwood Creek would have made a great campsite with it’s large areas of flat, white sand and leafy cottonwood trees to prevent condensation.

I took a road which paralleled Cottonwood Creek because I wanted something simple to walk on. The road runs through private property which is apparently for sale

After reaching the Paria River, most of the day was spent hiking up it. 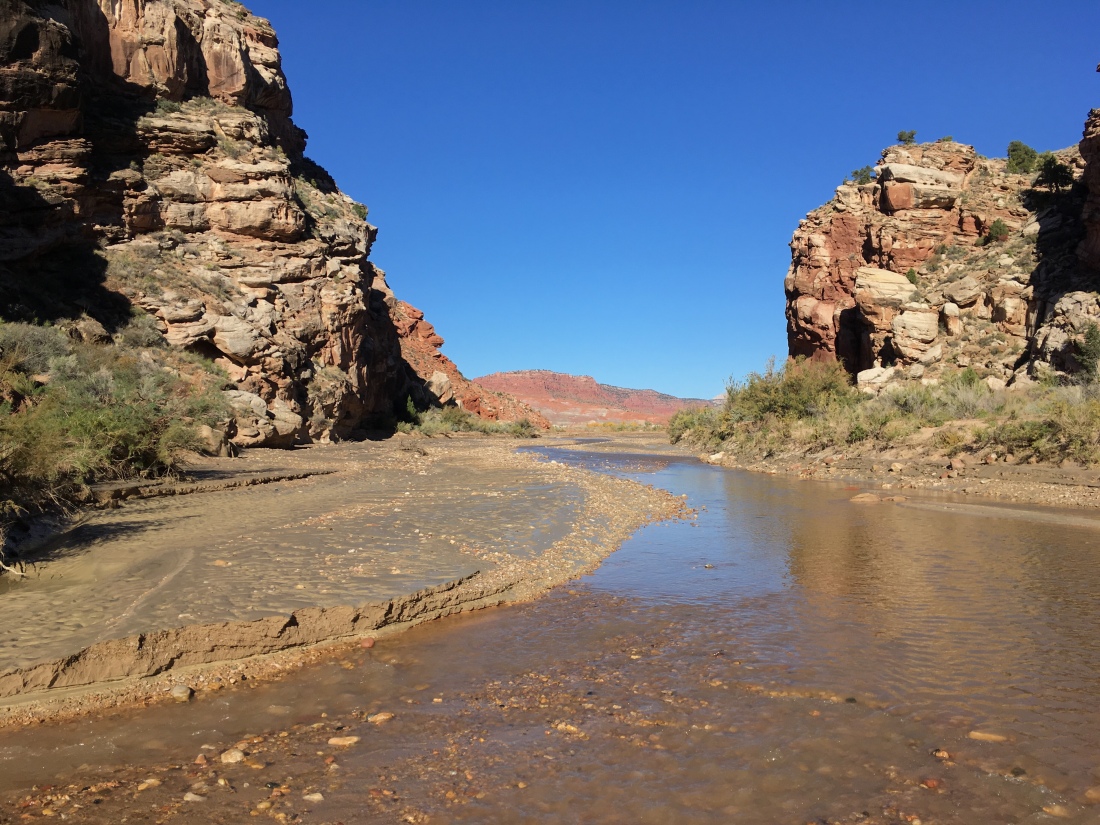 The rock in places looked as red as a tomato and there were slopes with many colored bands.

The river was shallow but with water constantly present I didn’t carry any besides what happened to not be drunk after last dipping my bottle in the stream. The rhythm of walking became familiar: try to find the most stable looking surface to walk on. Sometimes that’s in the river where it’s washed away the silt and had exposed rocks. Sometimes it’s on the banks. Sometime you try to shortcut a turn. Sometimes that shortcut turns into more of a bushwhack that was bargained for.

Towards late afternoon I made the turn up Sheep Creek. The stream lessened significantly and I thought I’d been keeping an eye on whether it was still running or not when I realized that the creek bed was dry. I had about half a liter of water and the next water source was supposed to be a little under 5 miles. Not a good situation but not an emergency. I wasn’t going to make it before sundown but if you cover more ground, you’re more likely to find water. Of course I could have gone back a bit but I hate doing that. There was moisture everywhere: thin mud, damp sand, and dark dirt. Standing water was nowhere. 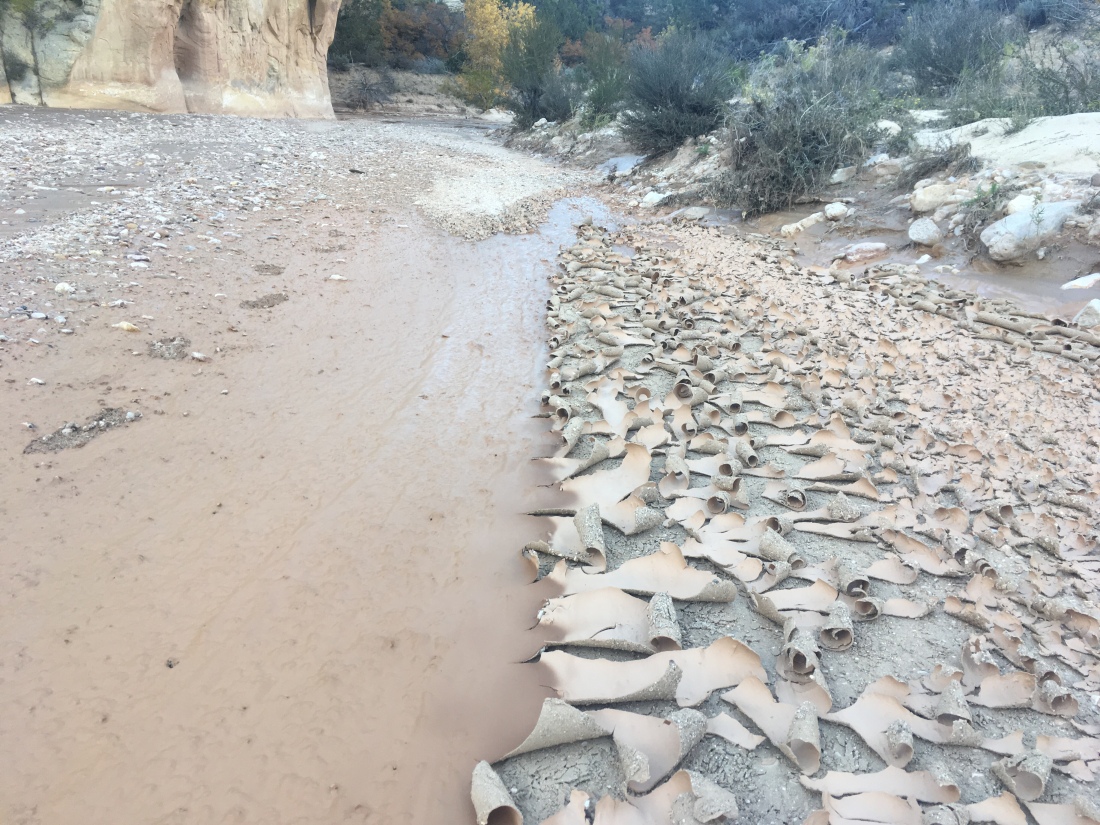 About 10 minutes before sundown I found a clay lined puddle in a deep depression. It had hoof prints and looked disgusting. The sides looked soggy and I was worried about stirring it up just by stepping too close. It turned out to be cleanser than the Paria had been and re edges solid. What a wonderful surprise to end the day on.