Fre’ek, Scott, and I broke camp around 5:30am and walked 7ish miles to Highway 74. Down the road was Paradise Valley Cafe. We were still on the trail side of a gate, deciding whether or not to hitch the mile down to the cafe when a car flipped a U-turn and yelled out the window asking if we wanted a ride.

Awesome Possum and Disco were already at the restaurant at another table. Freya showed up shortly. We’d heard that it was the best burger on the trail but lunch didn’t start until 11am so I got an omelette, biscuits, and gravy. I’ve heard that hiking makes you so hungry that everything tastes good. That hasn’t happened to me yet. It was still nice to clean up a little in the bathroom. Fre’ek found an Sawyer backflush syringe for me since my filter has been so slow since the Sunrise Spring Trailhead that I’d taken to sitting on the dirty bag to get enough pressure to drive the filter.

On the way out of the cafe, we were again offered a hitch before asking. The guy said he was flying back to Florida so I guess he was driving hikers to and from the Paradise Valley Cafe for fun before his flight.

Fre’ek, Scott, Freya and I decided to hike an alternate route up to the fire closure and then down a side trail. Camping just before the closure would make it a short day but I don’t have good maps of the area and I enjoy the company so I’m just along for the ride. I’m ahead of schedule so I remind myself to not worry about milage.

The trail up to the fire closure is pretty. There are some interesting rock formations where we hung out for a while.

We were passed by a group of one guy and three girls slack packing. I can’t tell if the were all technically one group since two of the girls stopped to clamber around some of the rocks with us. Later, when we passed then, the male was sunning himself on a rock on the side of the trail with only a well placed hat for modesty. The females were about ten feet down the trail talking among themselves.

The trail wound continually upwards towards some pretty grand views. 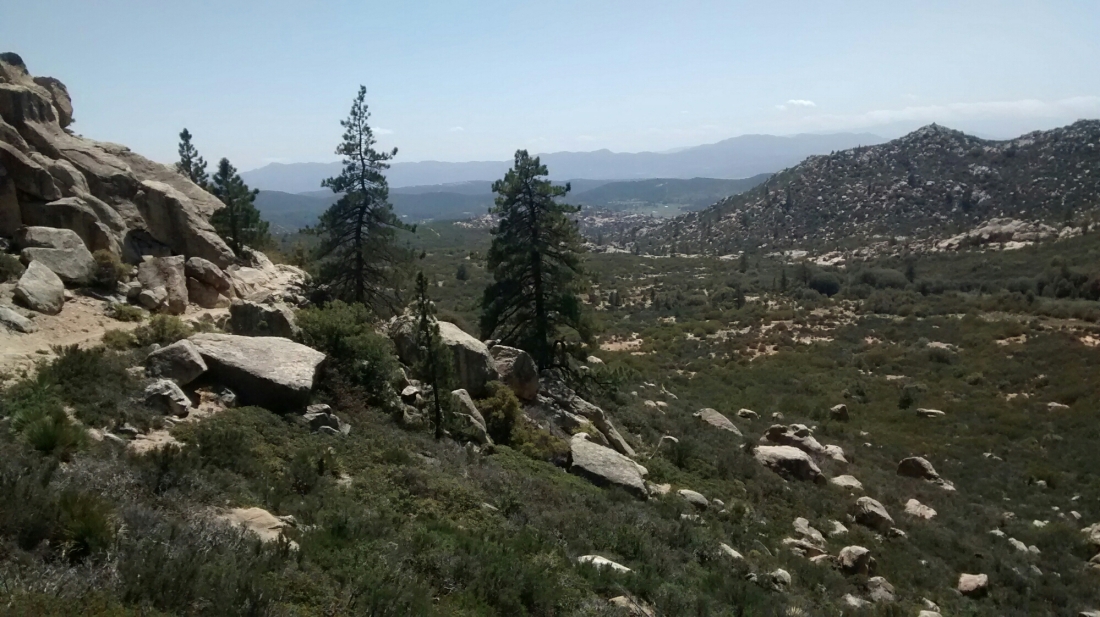 Fre’ek, Scott, and I got to the first option for a campsite slightly ahead of Freya. It had similar vegetation to Foothills Park back home with a light grey-brown, dirt and bushy trees with small leaves. It was well sheltered but still early so Fre’ek looked up a weather report. 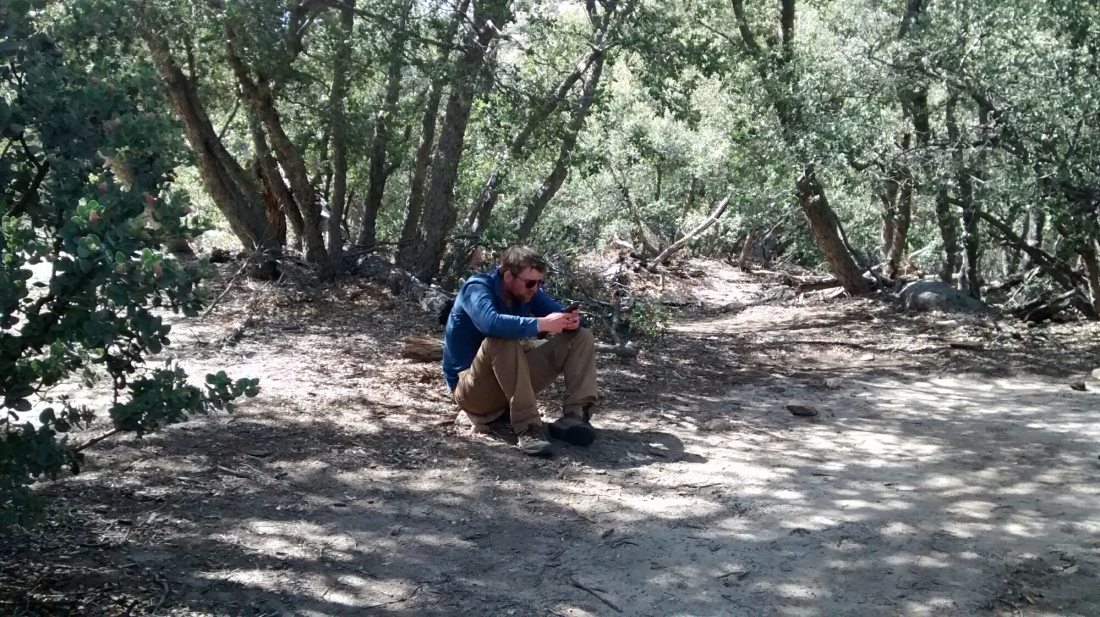 When Freya caught up we surprised ourselves with a vote to move on and a short climb later found ourselves at a site on a ridge line sheltered by dense but leafless trees. We set up our shelters in a circle so as to have a living room but wound up going to bed early. It was a false start because at some point I woke to a discussion of Economics and Sustainability which eventually turned to politics. I really enjoyed Fre’ek’s explanation of why American politics is broken. Apparently things are somewhat more based on policy and less given to partisan deadlock in the Netherlands.

Despite the weather report saying it would be a clear night for cowboy  camping, we were all glad to have pitched shelters as the clouds flew by.