One of the games I’m playing is that all forward progress from Mexico to Canada needs to be made by foot. It doesn’t necessarily need to be on the PCT since some route-arounds are required but from time to time I’ll be walking along a road and have to turn down an offer for a ride because the particular segment I’m walking is forward progress as opposed to “sideway miles” into town for resupply. This morning that meant that I could take a bus from the hostel to the post office but had to walk from there. After some examination maps, I found a road which went north from near the post office and eventually intersects the PCT about 10 miles ahead if where Eddie, Christine, Julie, Sven, and Jan cut over to it near highway 18. This is nice because it’s within the rules of my game but didn’t make me retrace the three miles if highway I’d walked in to town which hadn’t been particularly pleasant.

Back on the PCT near mile 276 just after Caribou Creek, the trail wound through a former burn area which is in the middle if recovery.

The trail followed a valley which seemed like it would eventually run in to a cloud which was rolling in over the hills from the south but somehow never quite got there.

Around lunch time, I crossed a picnic area and there were Eddie and Christine. It was fun to see them because when you leave people on the trail, even if they hike about the same pace as you, you never know if you’ll see them again. Splitter was at the table as well and I met Woodchuck and Adam.

I left the table after a quick lunch and the trail continued on past the fire scar, eventually winding into scenery which had a small majesty to it when crowned with clouds. It isn’t captured well on camera but here’s what I got. 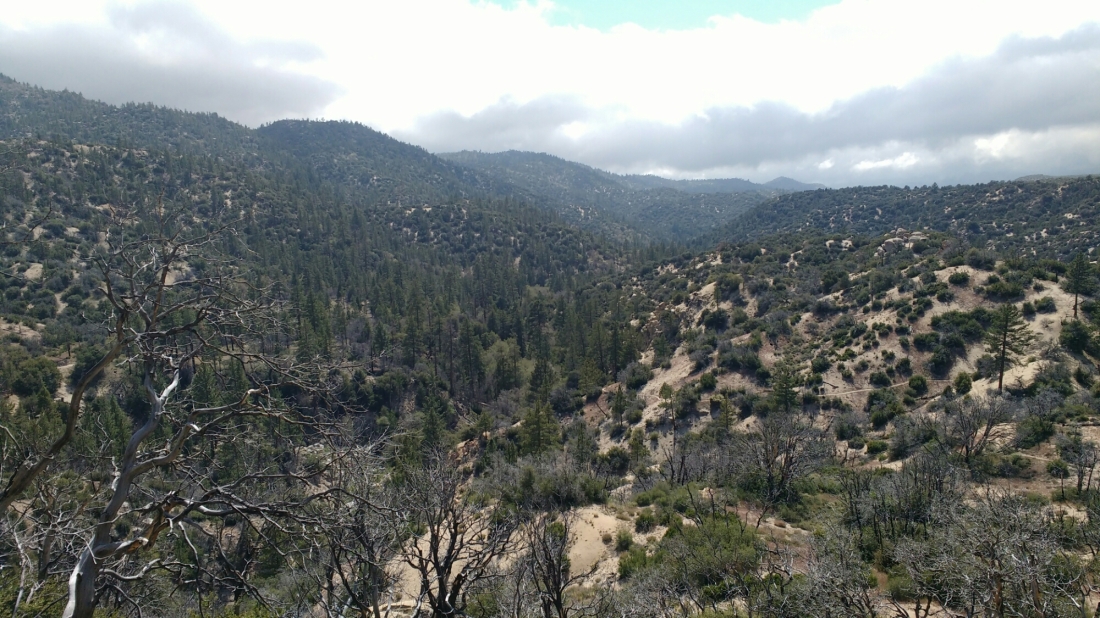