Today I walked from the High Trail Head to Lake Waugh with a few long breaks to enjoy pretty things. I was by myself most of the time was Anda departed this morning to reclaim some of her vacation days.

I’m not sure this picture captures it but there was a small section on the morning’s slow, steady climb where the rocks and trees were both intense orange. 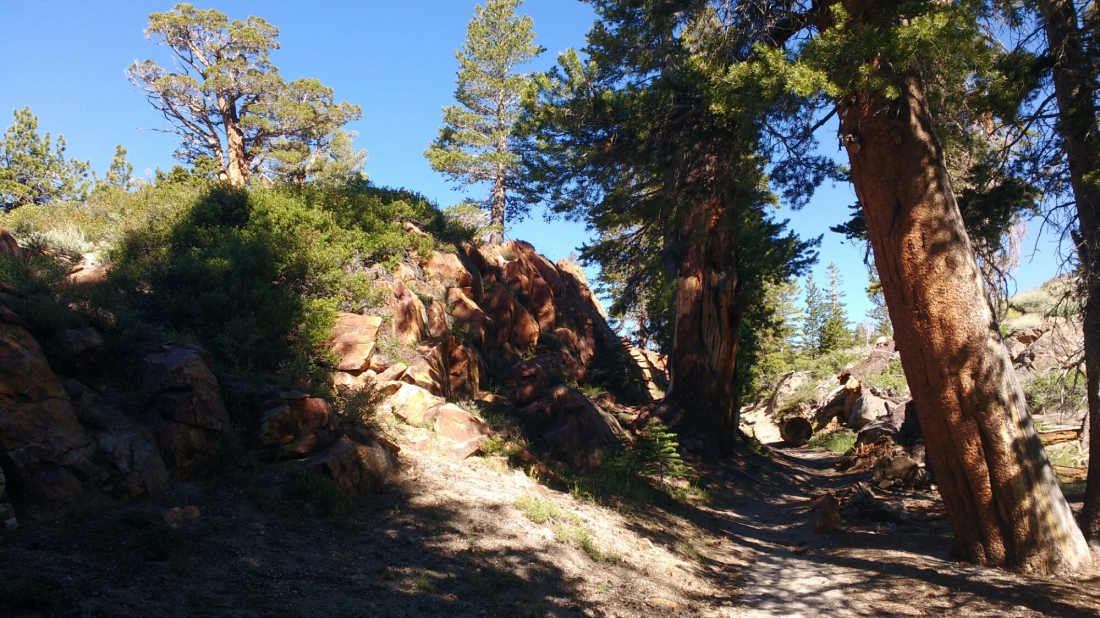 As the traverse leveled a little, I could see one of the lakes which the JMT, which diverges from the PCT to wander the other side of the valley, visits. From the topo map it looks like a beautiful but brutal alternate. Given that I have the time, I wish I’d taken it.

The trail in this area is marked with blazes in the trees. Apparently someone who really likes The Incredibles picked the design for the blaze.

At Thousand Island Lake, the PCT and JMT rejoin. Just before leaving for this trip, I ordered an inflatable raft which is small enough for a backpacker to carry. I kind of wish I had it now so I could visit all the islands. 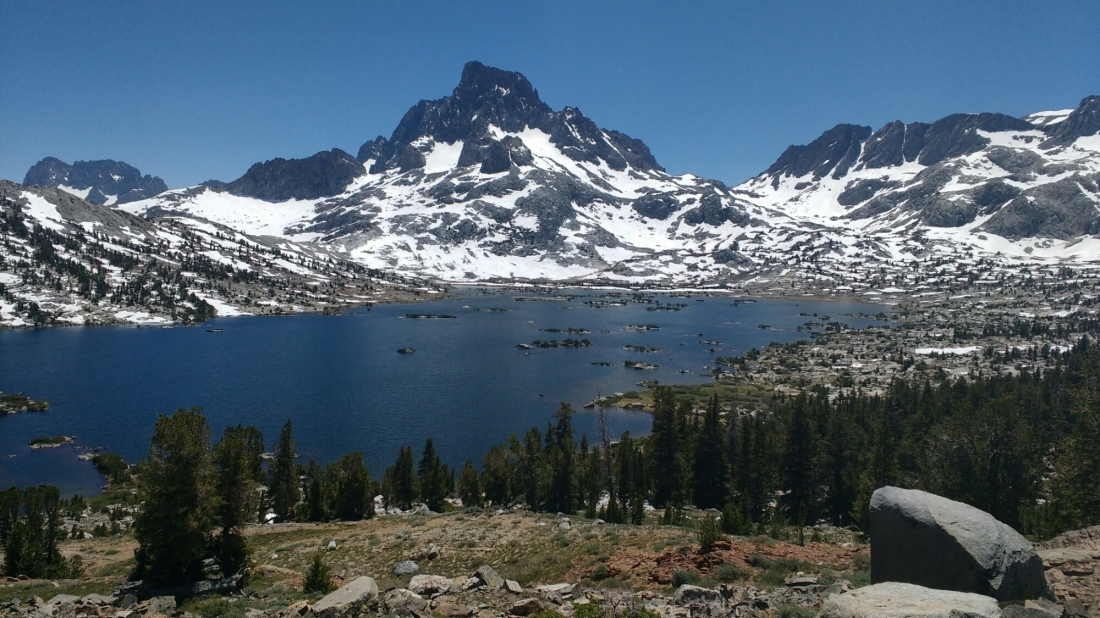 Since I didn’t have a reason to do Donohue Pass this evening, I had been trying to decide if I wanted to spend the night at the Davis Lakes or Waugh Lake. As I was sitting at the trail junction, along came a couple who had just hiked in past Waugh Lake and strongly recommended it. Decision made. Here’s the result. 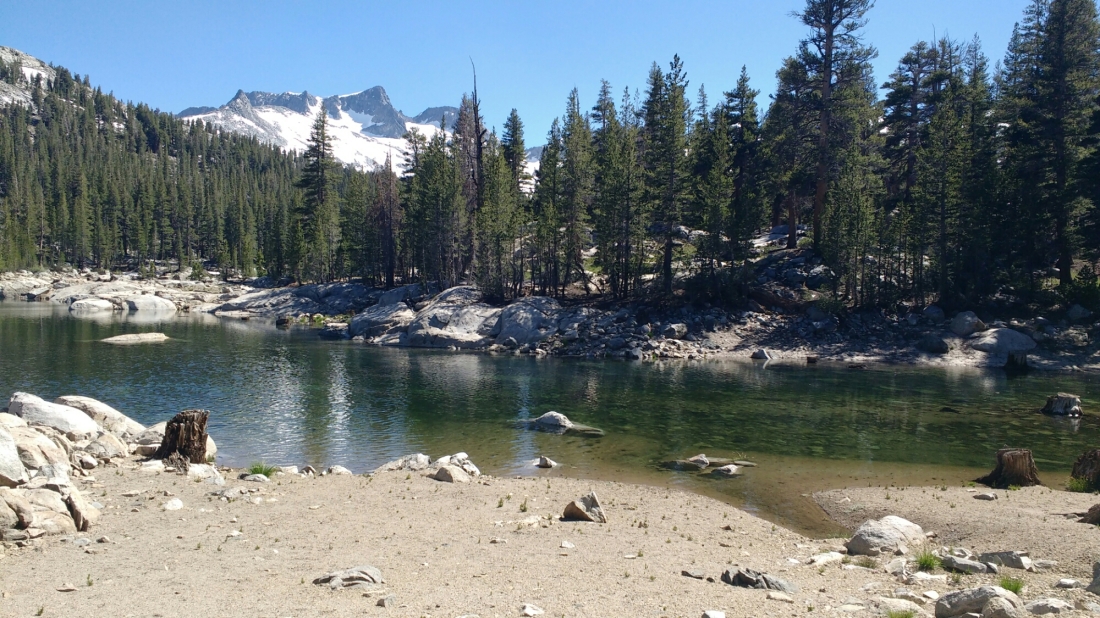