I got up bout the time the sun was cresting the hill to the east.

One of the first things I saw was the best reflection I’ve seen yet. 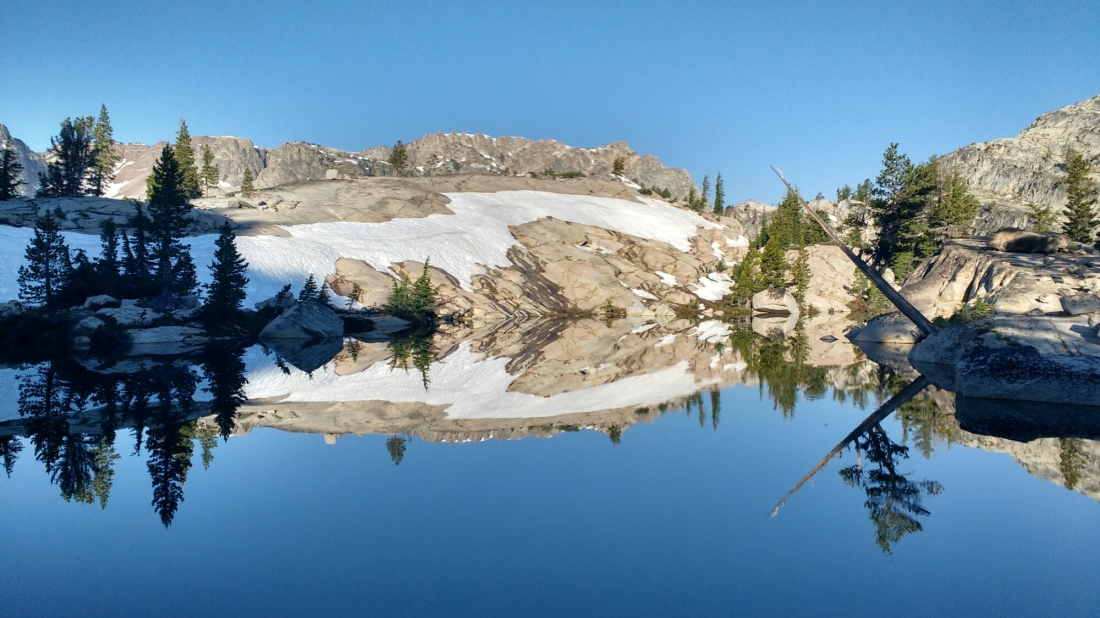 After a steep but short descent to the river, you had to squeeze between the rocks and snow because the river was too close to walk outside. 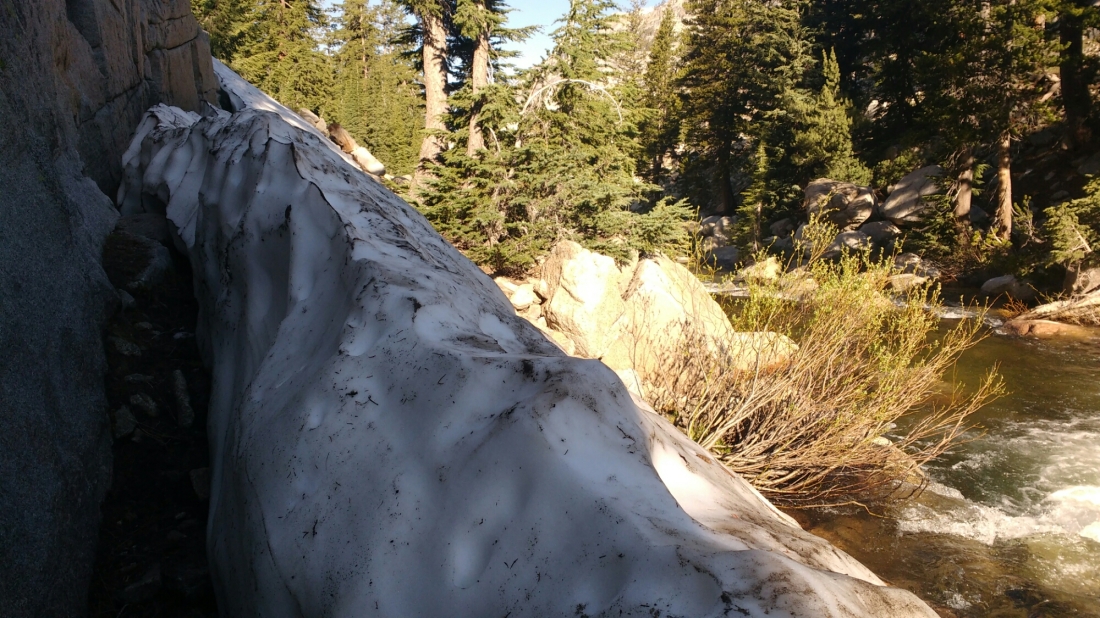 Then you scrambled over boulders because the trail was under snow.

After that river, I went up and over to another river, and and over again. On the second descent, there was a stream flooding down the trail like a waterfall. At one point one of my poles slipped and I landed almost in push-up position with my feet on a rock, right hand on my destination rock, and left hand on a log. As I moved to the log, I had to balance to keep it from rolling. This was the closest call yet on a rock hop which didn’t result in drenching. 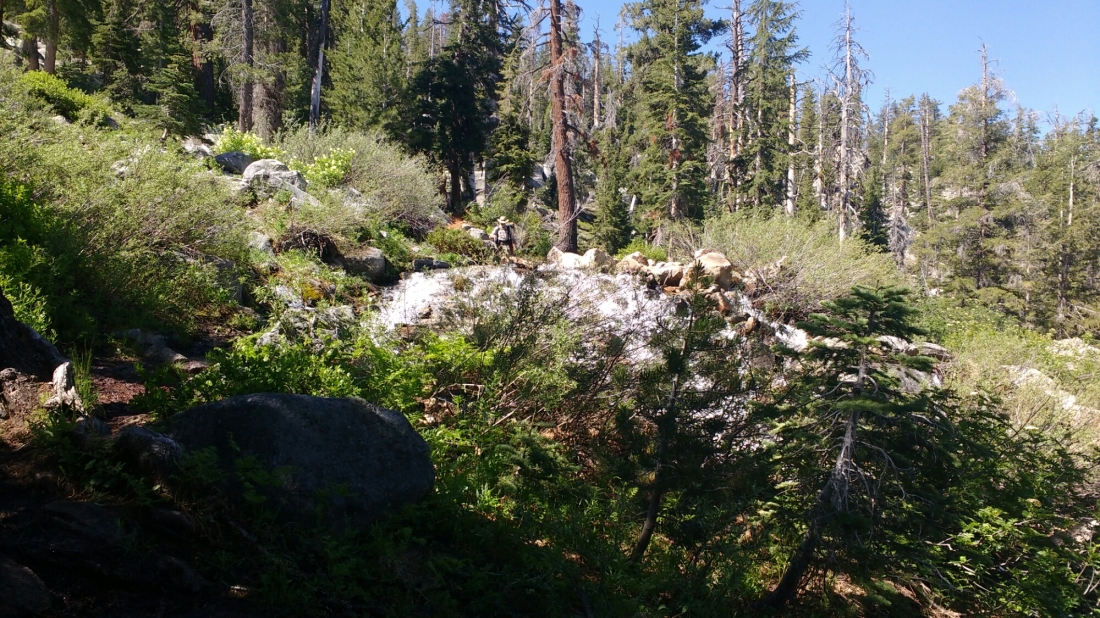 Having hopped two valleys, I got to  Miller Lake. I remember bathing and doing laundry in a nearby stream when I passed through 6 years ago so I did the same this time. Last time, the lake was more meadow than water.

Shortly after leaving Miller Lake was the longest stream crossing after the Evolution Creek alternate.

After that, the trail was pretty flat which was a pleasant change. What wasn’t pleasant was the bogginess of the meadows and irrigation canals flooded trail. Today was supposed to be a dry foot day (ie I took my shoes off or rock hopped every stream). Almost. 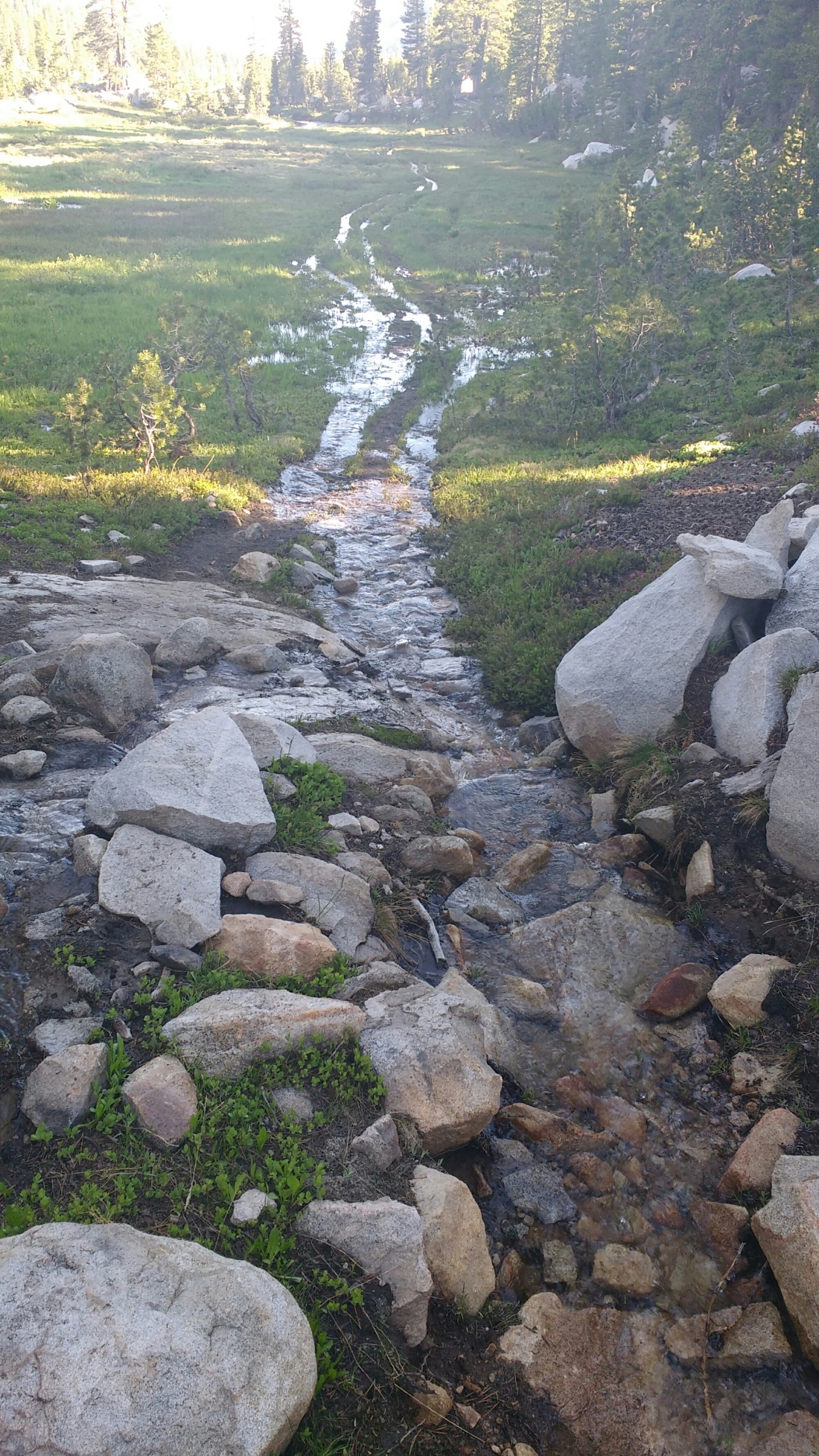 I’d never seem water routes (in this case the trail and a small stream of meltwater) intersect at right angles and then both continue. At this point my feet were damp and muddy but not sodden. It would have been so much easier if I’d just let them get drenched. By this point (I’d reached Dorothy Lake which was my goal for the day), I couldn’t decide if I wanted to be frustrated or appreciate the break in the monotony of a dry, well packed trail.

Dorothy Lake was a beautiful as the last time I camped here. 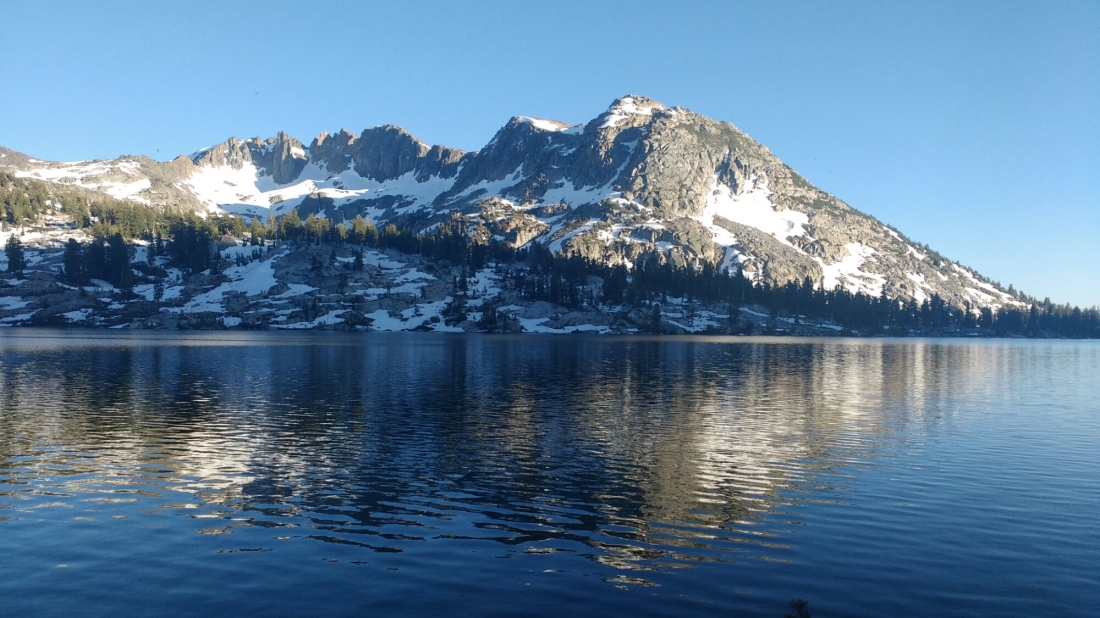 I decided to not call it a day until I’d gotten past all the mud and flooded trails. The reward for finishing today’s obstacle course was an almost flat rock to camp on and great view. 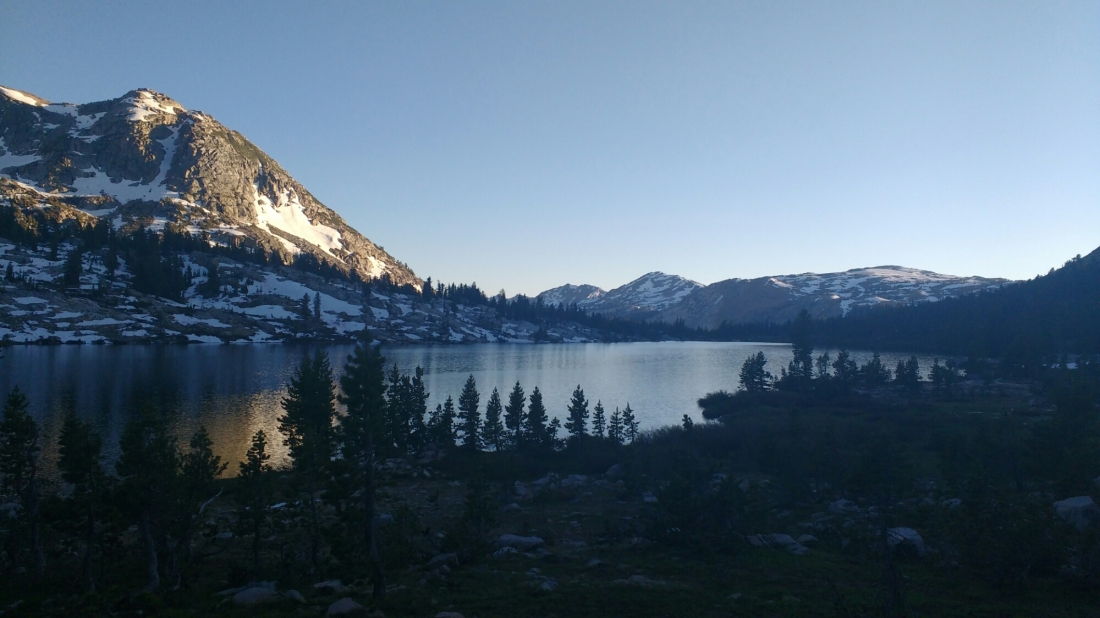