The morning started uneventfully. The most interesting thing was this hilltop which looks like it has a monster climbing over it. 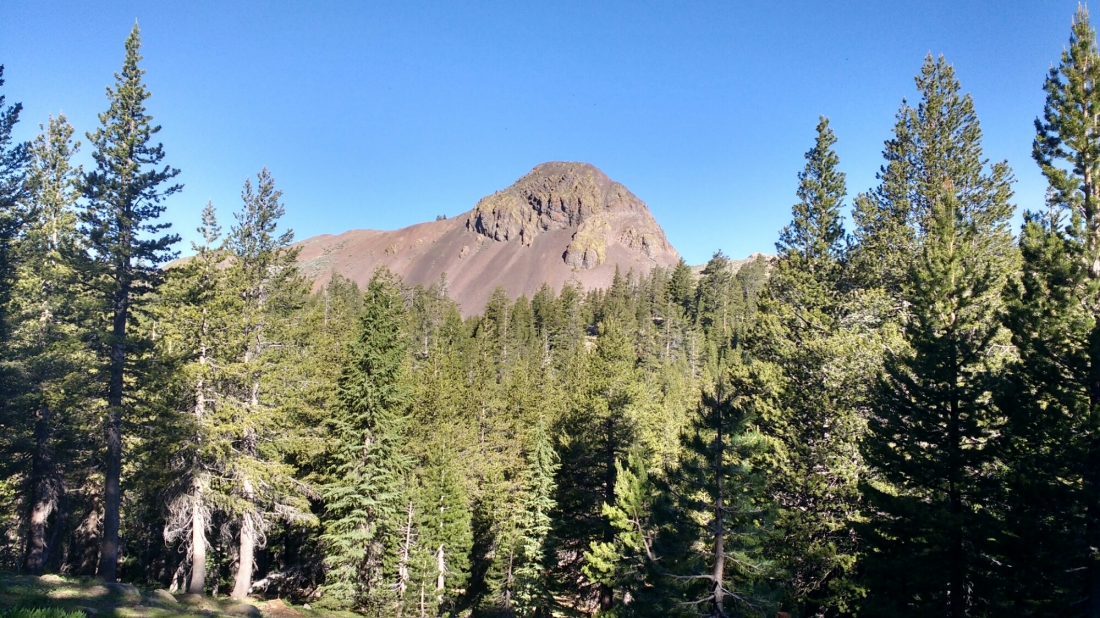 And then, I was ambushed by trail magic at Ebbet’s Pass. I hadn’t been watching the waypoints and was surprised to find a road here, much less a complete breakfast with chili over eggs, fruit, break and jam, and two helpings of cereal. The trail angel putting this on, Chipmunk, hiked the PCT in Oregon and has been doing this one week a year for the last six years. It was interesting hearing his stories from the same point on the trail sampled over time.

Moving slowly due to a full belly, I proceeded out of the woods across grassy and shrubby slopes crowned with rough brown rock. 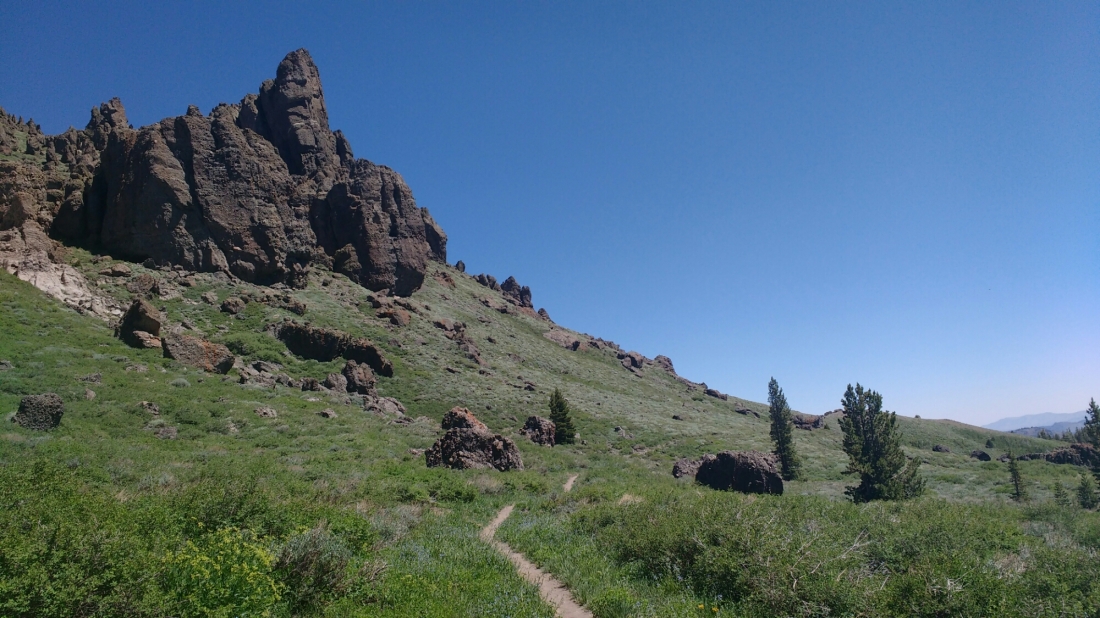 Things got drier as the day wore on. I was passed by a though hiker with the smallest backpack I’m ever seen.

During an early dinner which I was sharing with a 75 year old section hiker named Tim, Butterfly, Turbo, MP3, and Ladybug happened by and I joined them for a traverse that evening over the Blue Lakes. The guy with the red pack is Ladybug. Guess why. 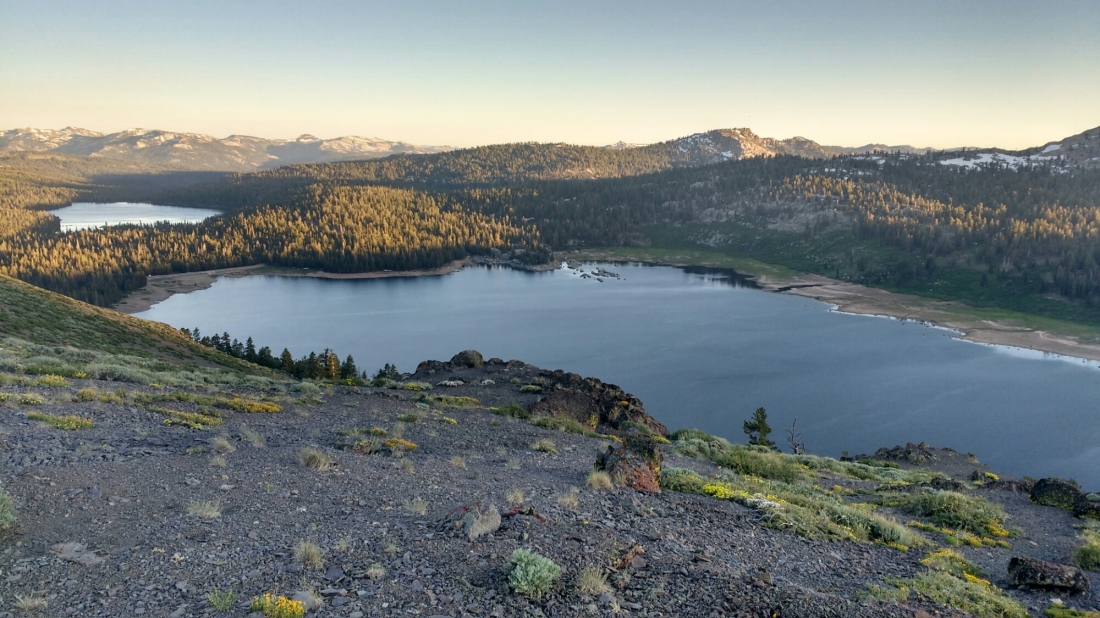 This is from where we camped. My pack has gotten small since leaving my Sierra gear.

Ladybug had a ton on energy and instigated a swim in the nearby Lost Lakes. I only have the clothes on my back so I wore my rain gear after getting out.