It was 22.5 miles to Etna Summit where I could hitch East on the Sawyer Bar road to Etna. I needed to get to the post office before it closed since I didn’t want to spend the weekend in town waiting to pick up the resupply package on Monday. I made it to the road by 2:15pm and the second car to come by (half an hour later) gave me a ride down the steep windy road. Here are some pictures from the trail before Echo Summit.

It’s a little hard to read in the picture but the top trail sign is to Hidden Lake. I guess it’s not so hidden anymore. 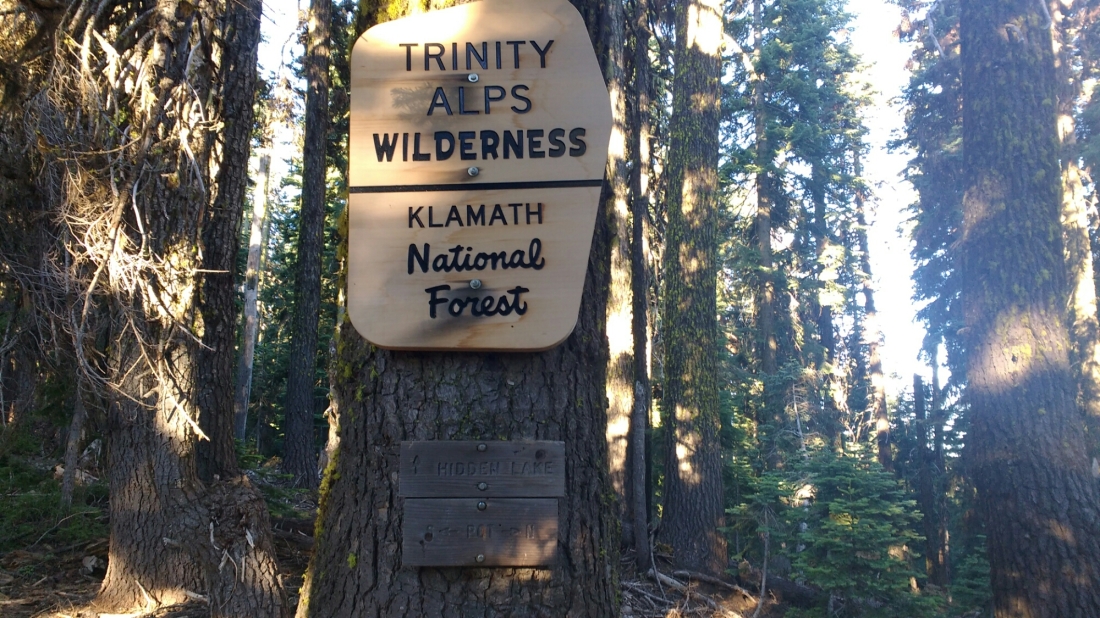 I could hear water running under these rocks.

There was a long, particularly devastated burn section.

Snow? I haven’t seen snow on the trail for hundreds of miles. It was just this patch though.

In Etna, I discovered that I only had a letter containing maps at the post office. My OneNote app had upgraded at the last wifi access which required re-downloading all my notes. I haven’t been able to do that due to lack of internet access and so hadn’t been completely sure whether I had a resupply box at the post office or if I’d planned on resupplying at the store. Also, the mail lady told me that they were open on Saturdays for pickup only. In short, I hadn’t actually had to hurry quite so much for the last three days.

I got a bed in the Hiker Hut at the Alderbrook Manor, did laundry, and while I was sitting in my loaner clothes waiting for the dryer, saw Fruit Cup come in to the Hiker Hut. Fruit Cup was the youngest member of the group which had trail named me back in the desert. He’s high energy and always has a witty comment on the tip of his tounge. Apparently he split from the group in South Lake Tahoe when he realized that he was going to have to hike pretty far every day to finish the trail before school starts. A lot of hikers would have given up on finishing but in a characteristic display of bravado, he’s going for it.