The big objective for today is getting back on track with the schedule to cross Oregon in 2 Weeks. It’s an arbitrary thing but helps time go by since most of what I passed today can be described as trees without a lot of adjectives.

Here’s a pretty representative picture of what today looked like except that it’s been graced by a reminder that politics happens, even in the woods. 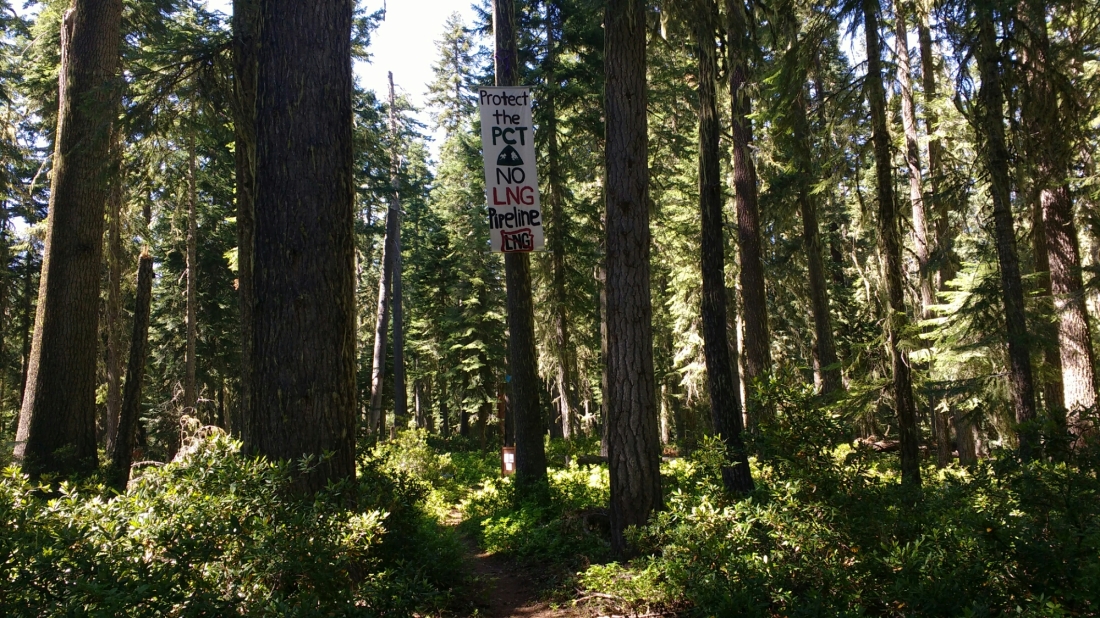 Several miles of path sewn with dirt and small, red pumice rocks which acted like marbles under the feet took me over an old lava field in the early evening. This was an interesting visual change but unwelcome by the feet. 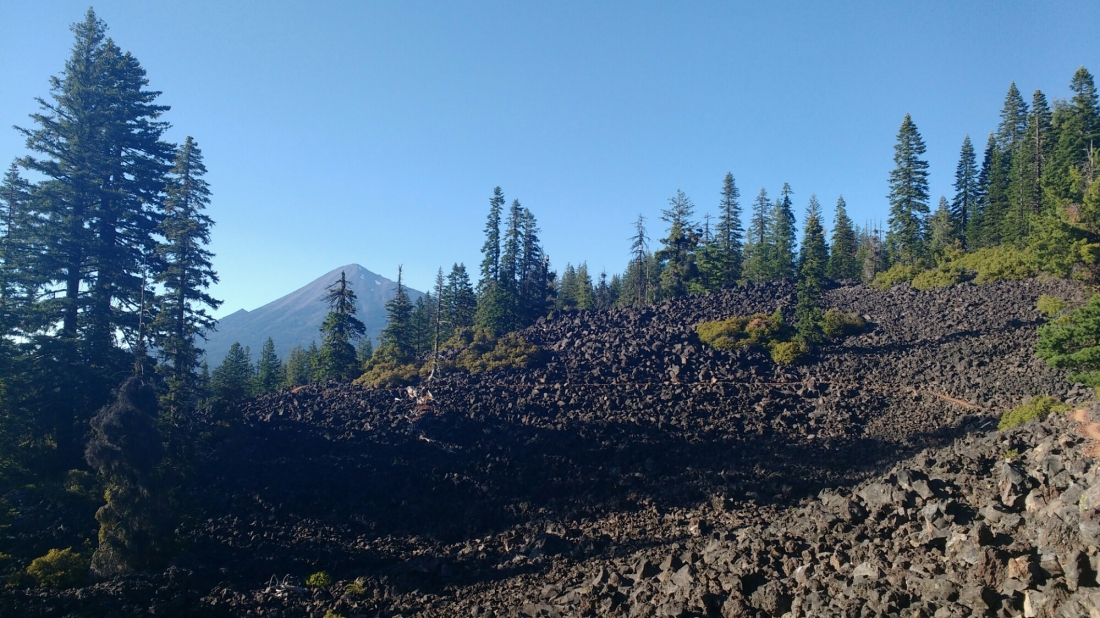 I camped after dark as I’d stopped to catch up with Bert and Monique who I’ve been leap frogging with since I met them in South Lake Tahoe. There were a number of trees which had fallen acriss the trail which made going slow, especially in the dark. My intent had been to cover 43 miles but in the end I’d only made it 41. I finished listening to Pride and Prejudice today. I hope to start Dracula tomorrow.