Today was also focused on catching up to the Oregon in 2 Weeks Schedule. I’d have to make it 45 miles to Mazama Village at Crater Lake which didn’t happen. I only made it 35 and called it because I figured I’d still get in before the store where I’d had a resupply package shipped would open. Its too early to be tired due to sleep loss. The good part is that Oregon has finally produced some good views. 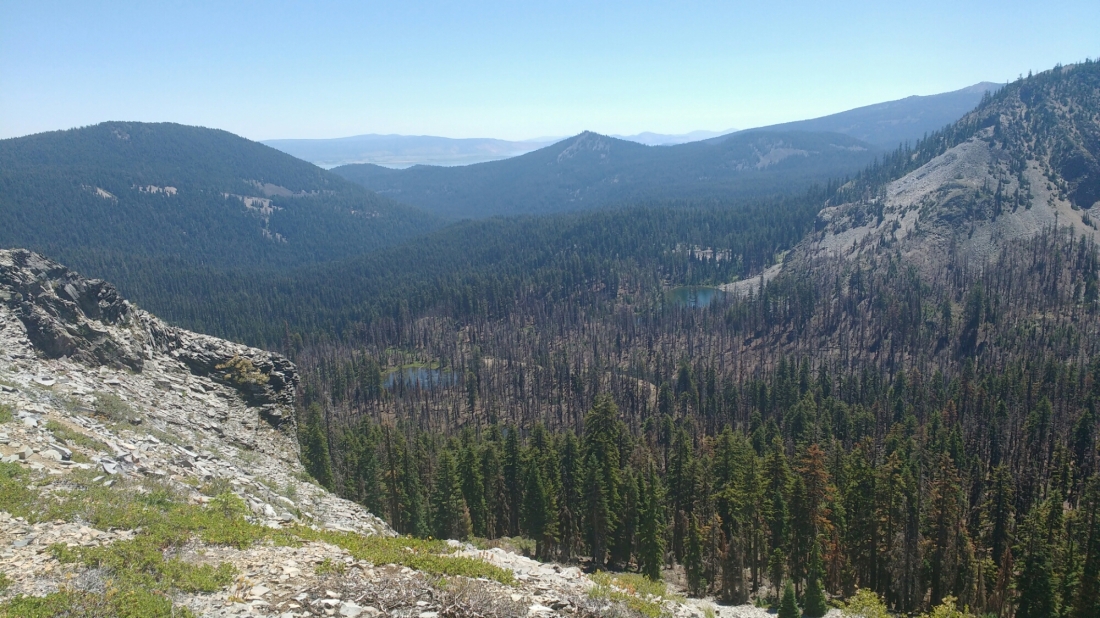 I had been flagging a little on the walk up to the ridge when I ran across a peppy hiker named Lefty whose bright manner was energizing enough that I was able to carry on pretty well until a downhill could pull me along independent of my own will.

Also worth mentioning is Maui who I’ve been leap frogging for a few days. He s a laid back type who hikes in board shorts and a straw hat. While he can be a little quiet until you get him going, he seems to love hearing about people and has an easy laugh which is triggered by the slightest humor. I find that breaks taken in his company are unintentionally long.
This burn must have been recent since, when I went to dig a cat hole, the top few millimeters of dirt were charred. 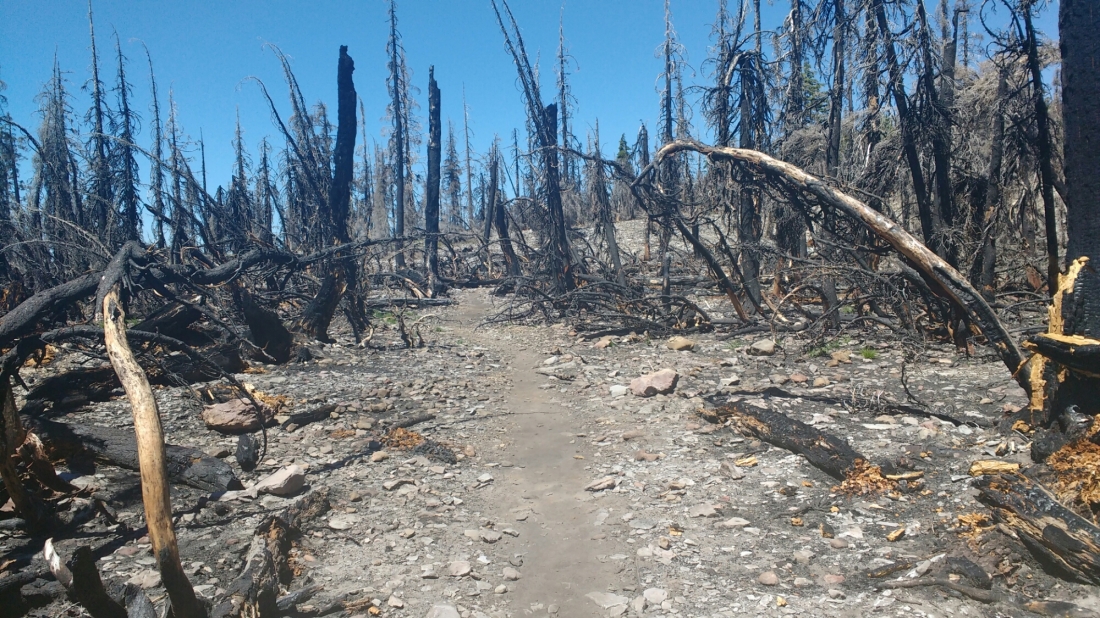 The campsite where I crashed tonight had another tent which I initially thought was unoccupied. About half way way through pulling my gear out for the night, a dreamy, stoner voice wafted out of the tent and with the salutation of, “greetings earthling” struck up a largely one sided conversation. It’s fascinating what people tell you when they’re high and need someone to talk to.