Lakes all the way from Taylor Lake to Elk Lake Resort, usually hidden in tree cover just off the trail.

Got in 23.5 miles to Elk Lake Resort around 1:30pm after taking a wrong turn at trail sign to Island Meadow (and apparently, Elk Lake Resort). Jan had  wanted to get in for lunch but didn’t make it until dinner. Word has it he was asking about showers at Shelter Cove which he’d argued against taking there. I’d argued that it was OK to get in to Elk Lake for dinner but wound up executing Jan’s idea and he mine.

Jan and I decided to split up since wanted to wait for a package coming the next day and I wanted to keep some semblance of being on schedule for the Oregon in 14 Days Challenge.

Elk Lake Resort had showers but no laundromat. I could smell how bad my clothes were when I had to put them back on after showering. I did try to wash socks by putting the shower head inside them one at a time until the water ran clear. However, when you squeezed the sock, the water is still brown. It’s amazing that washing machines get them so clean.

I was about to head back out on the trail when the opening ceremonies if the Olympics came on. I managed to drag myself less than a mile up the trail back to the PCT and cowboy camp. So much for staying on schedule.

Here’s one of the lakes from this morning. 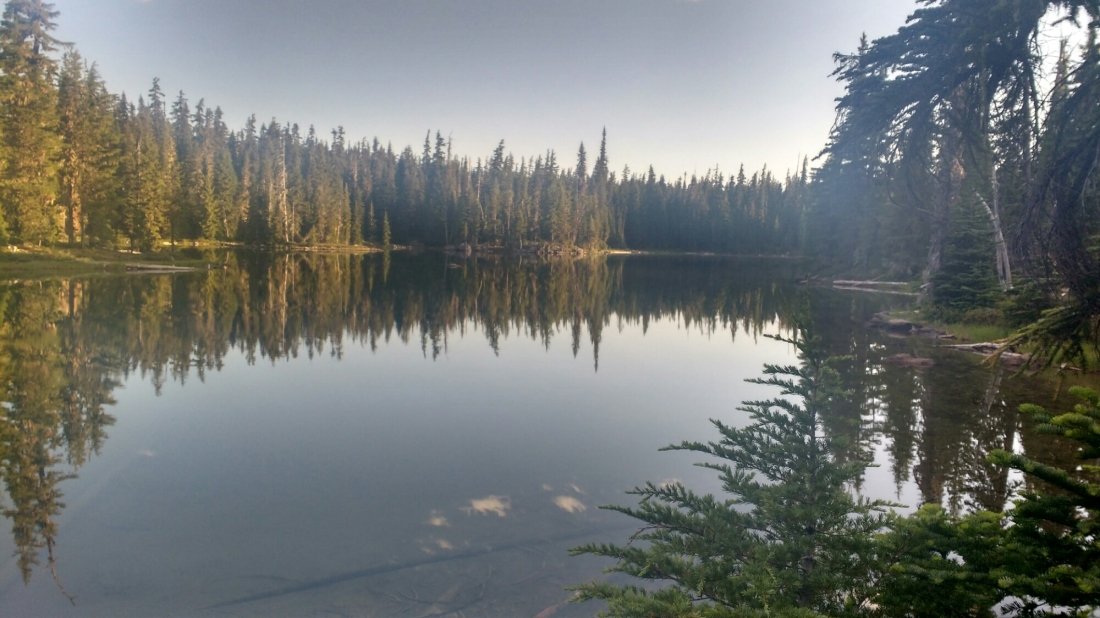