This morning I got up early as I had cowboy camped near a paid campground in the dark and wasn’t sure if I’d strayed onto it. The end of the Oregon Skyline Trail did have some nice ponds even if it didn’t have the views its name implied.

I made the walk in to Shelter Cove by breakfast and was a little disappointed that they didn’t have either a restaurant (I should have just checked the trail notes) or that their store didn’t have a box of cereal. Instead, I fulfilled my childhood dream of eating cookies like cereal. Except I made it better by eating out if a pie crust. 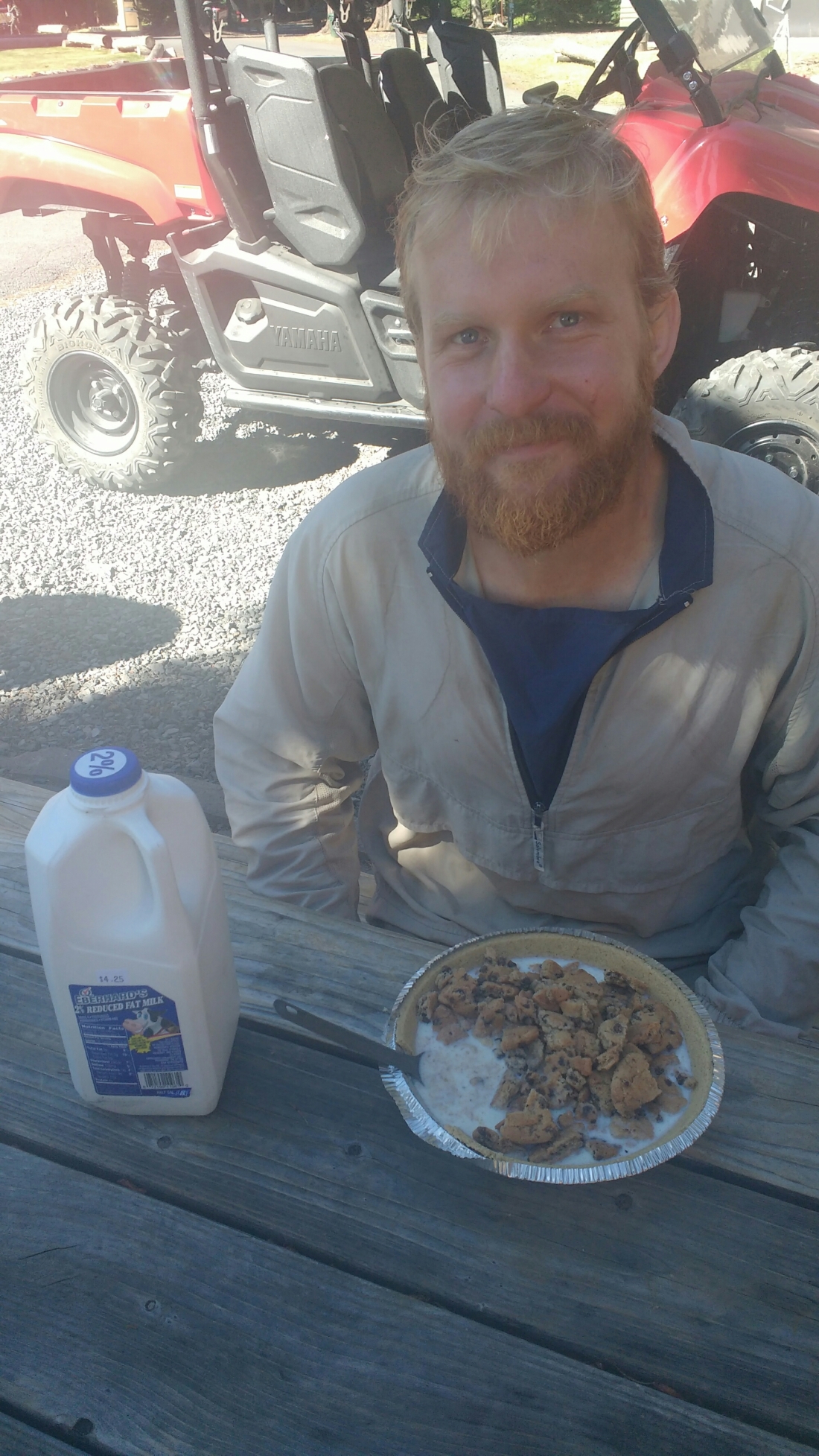 Jan showed up as I was trying about to head out and we planned to meet up at Elk Lake Resort on the morrow. The PCT didn’t have real eye poppers either for the rest of the day but here’s a nice lake view.

There were a lot of deadfalls which we’ve been hopping over, under, and around for the past few days. Like many, I’d gotten to complaining about them and felt distinctly humbled when a guy named Hammer said that it just made him appreciate how we the trail crews did on the rest of the trail.

Towards evening a guy with a campsite near the trail called out as I was passing and offered a beer. I had been intending to push the mileage a little and get to Taylor lake but wasn’t committed and was lacking energy so I plopped down to join him. Pathfinder and XC joined us but both left before I did. When I finally got moving it wasn’t long before dark but between the beer, snacks, and rest, something had changed and I felt a sublime urge to run the shallow downhill as the evening turned to dusk. It was wonderful, even dodging and slowing for the deadfalls. Shortly after dark, I stumbled into a site near Taylor Lake and was greeted by Strapless (so named because his backpack doesn’t have a hip belt) who had left the rest break where I’d been humbled by Hammer earlier than me and I hadn’t really expected to catch him. We talked pretty late while the mosquitoes swarmed around his tent and left me, protected only by a sleeping bag alone.