Today I hiked into the Presidential Range, mostly around Mount Washington. Over the course of the day, clouds rolled gradually in as I gained altitude. This added to the color of the valley with splotches of light and dark. Mt Washington itself was quite dramatic, sharp, dark, and frequently with a backdrop of clouds which appeared to be growing increasingly wrathful. I wound up choosing to pitch my tarp tonight which I haven’t done in some time as evidenced the new guy lines I bought in South Lake Tahoe still being in their original wrapping and not attached to my tarp.

Washington’s hat was not tri-cornered.

Clouds over the valley playing with light. There haven’t been many clouds since the Sierra but it really hasn’t been since the desert that there’s been a gentle enough landscape for the dappling effect to be prominent.

This side of the mountain appears suddenly as you make a U-turn at a saddle adding to the effect of its aggressive appearance. 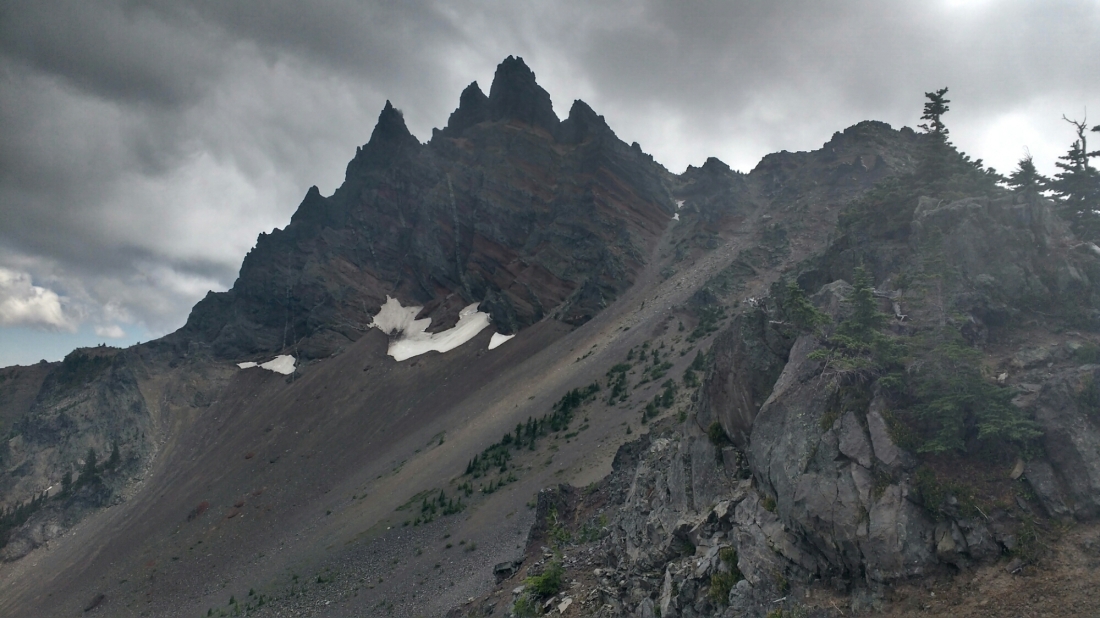 Rockpile Lake. As evening wore on, tendrils of clouds would swirl downwards in a circular sweep like fingers plucking the water.