Where I’m going today. About two months before starting this trip, I twisted my knee skiing here. The twist was bad enough that it took until the trup to heal which ruined my plans to train. 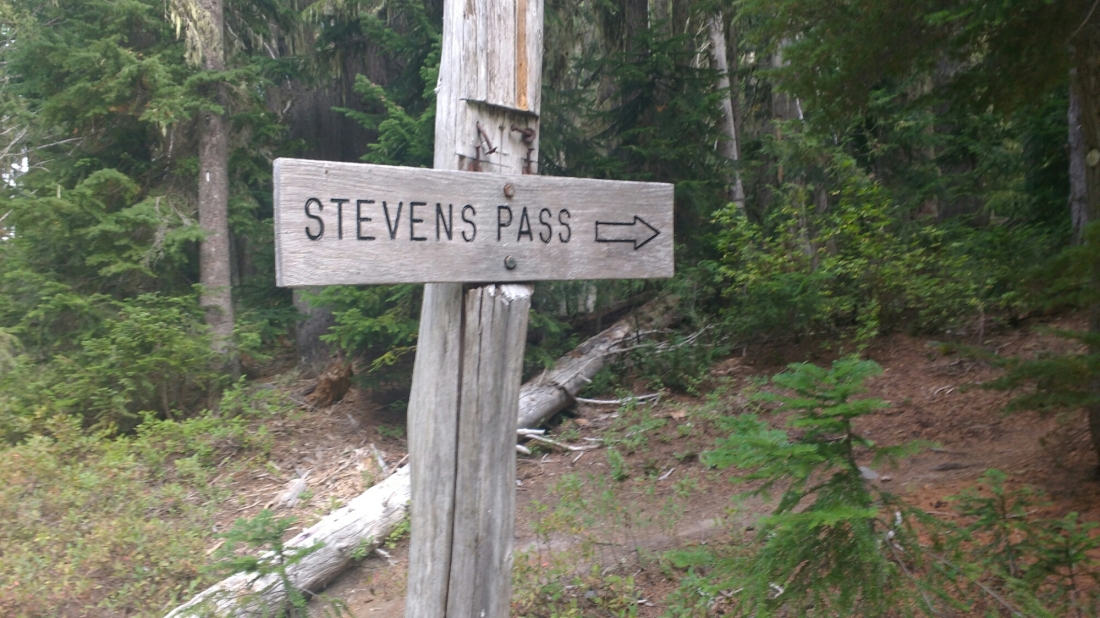 Look at the clouds. 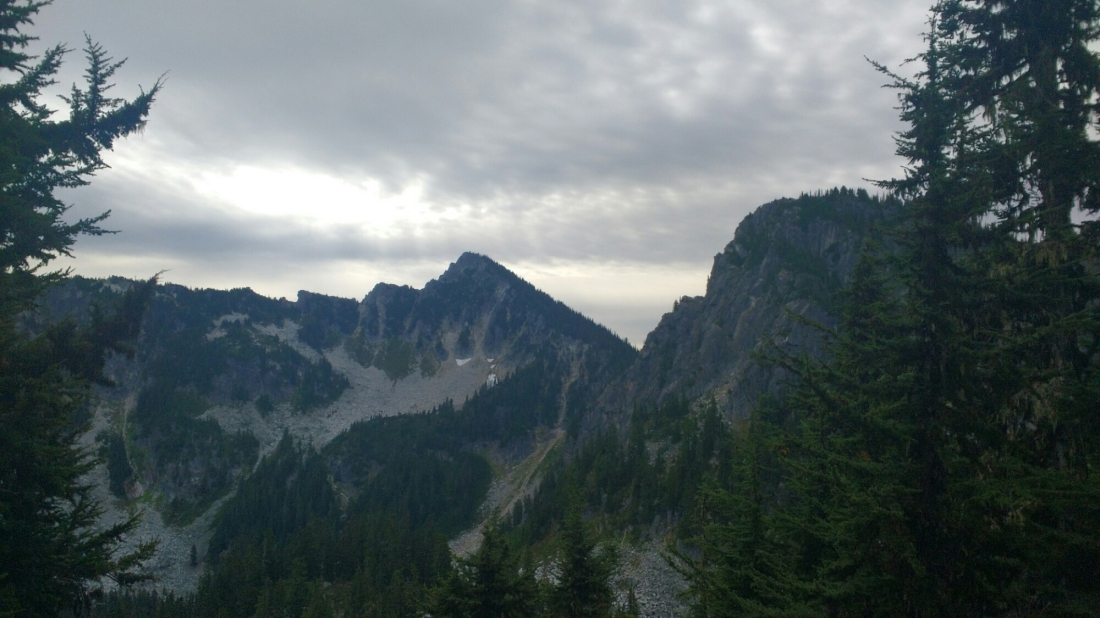 I spy a new mountain. I bet that like Lassen, Shasta, Adam, and Rainier we ger to hike towards it for days as it slowly gets larger and larger.

This was not Mig Lake. Oh well.

Steven’s Pass Ski Resort. I hiked most of the way in with Panini but took a longer lunch than he did. I had a second lunch / first dinner at the restaurant here. I’d wanted to camp where I twisted my knee but it was all boulder field so I hiked out of bounds past the top of one of the ski lifts and found a dry pond which was flat.

This is Feugo who I hiked out of Scissors Crossing with when I did my first 30. We hadn’t seen each other since until Snoqualmie. He’s planning on finishing sooner than I am so this is probably the last I’ll see if him. Fuego is the only other hiker I know to only have used two pairs of shoes this trip. 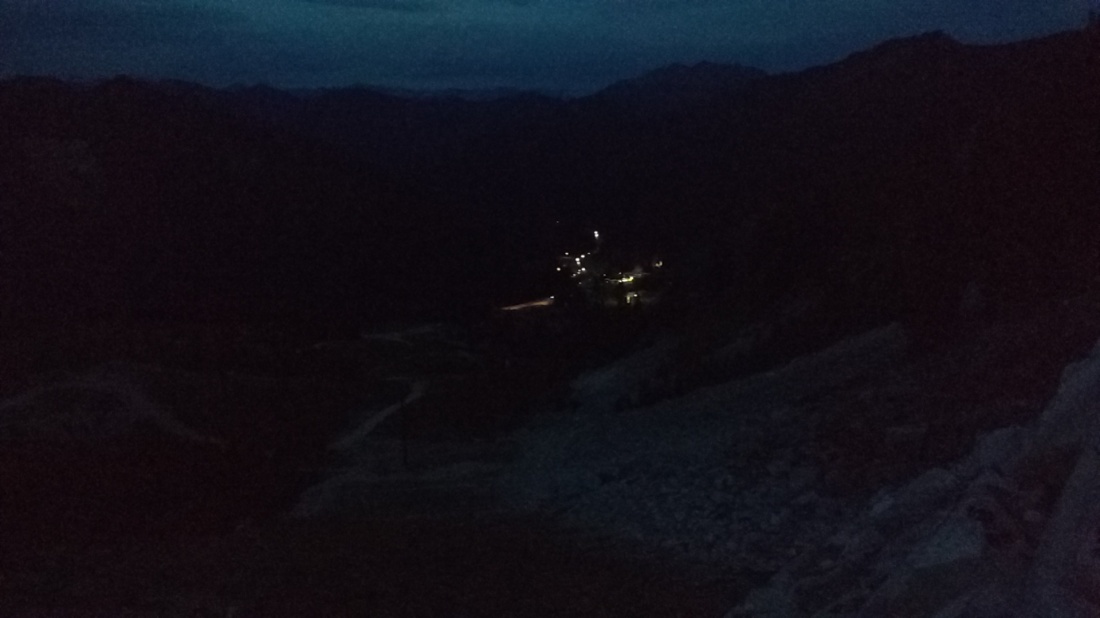