Today was a long hike to Swamp Point so I got up at 4am. I hadn’t gotten a head start last night because there’s a no camping zone a short distance ahead and I didn’t want to try and keep my water from freezing overnight. After loading up water at the admin building, I used the hanging scale to weigh my pack. 53 pounds. That’s with 9 liters of water for two days as I was told Saddle Canyon is dry, 6 days of food (and 2 of trash), and a large book I’d bought on the South Rim detailing all the deaths in the Grand Canyon which has proved quite gripping and might be why I’m carrying 9l if water. 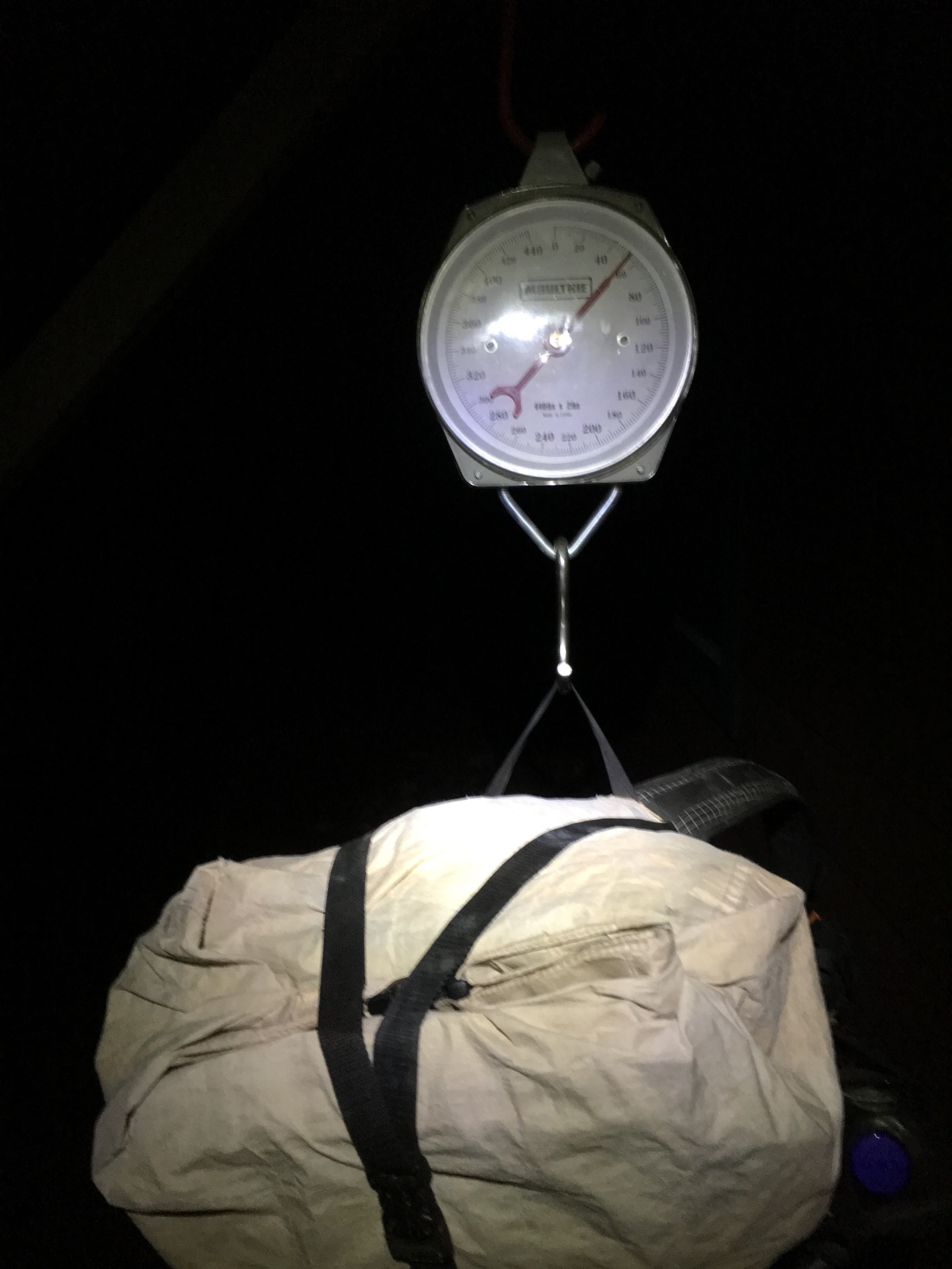 The hike itself was on dirt roads for about 28 miles through pine and aspen woods.

Shortly after sunrise I heard a strange low grunting sound. It wasn’t a motor, it wasn’t a roar, it made me think of the phrase “Wookiee lullaby”. It turns out it was a heard of bison in a meadow which I entered shortly thereafter. Now I know what sound bison make. 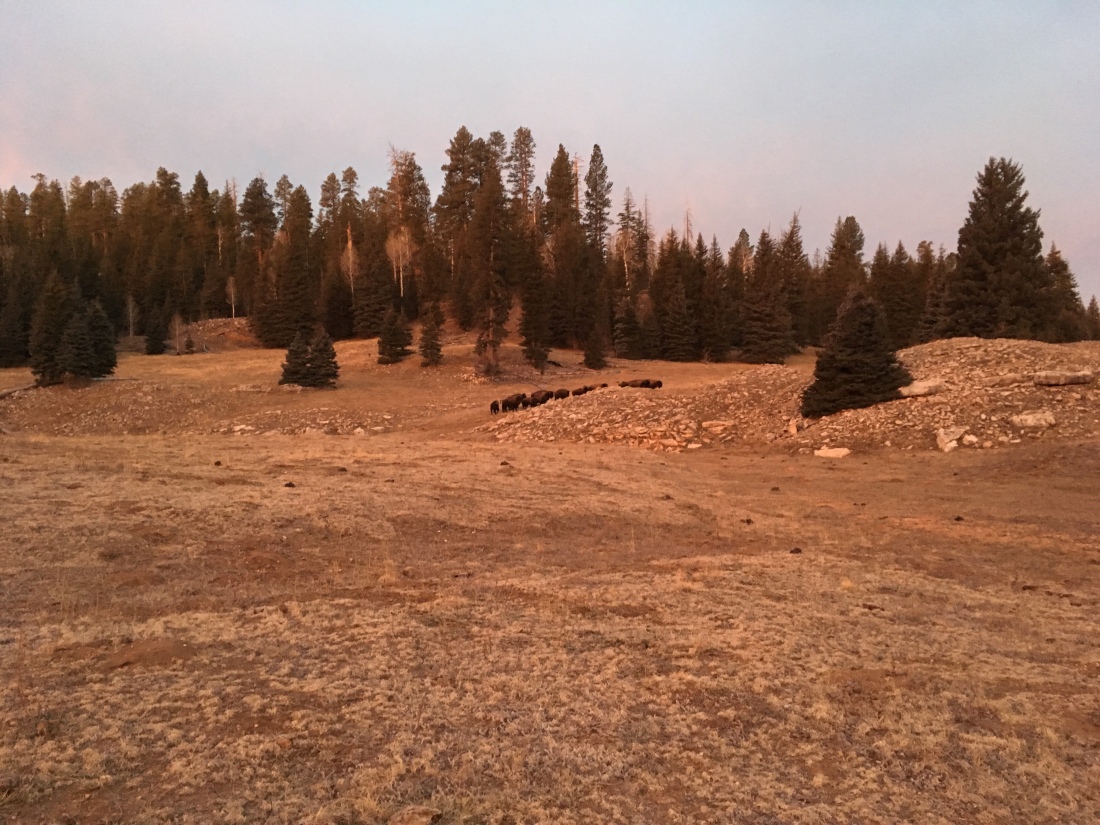 Other than a stop by Point Sublime it wasn’t particularly scenic.

I think hikers use the road more than cars as a tree was down across it with footprints bypassing.

Swamp Point itself is spectacular. All day the canyon has been out of sight to the left. Within a half mile of the point, the ground stars to fall away on both sides until you’re left overlooking a huge saddle with complex valleys on both sides. 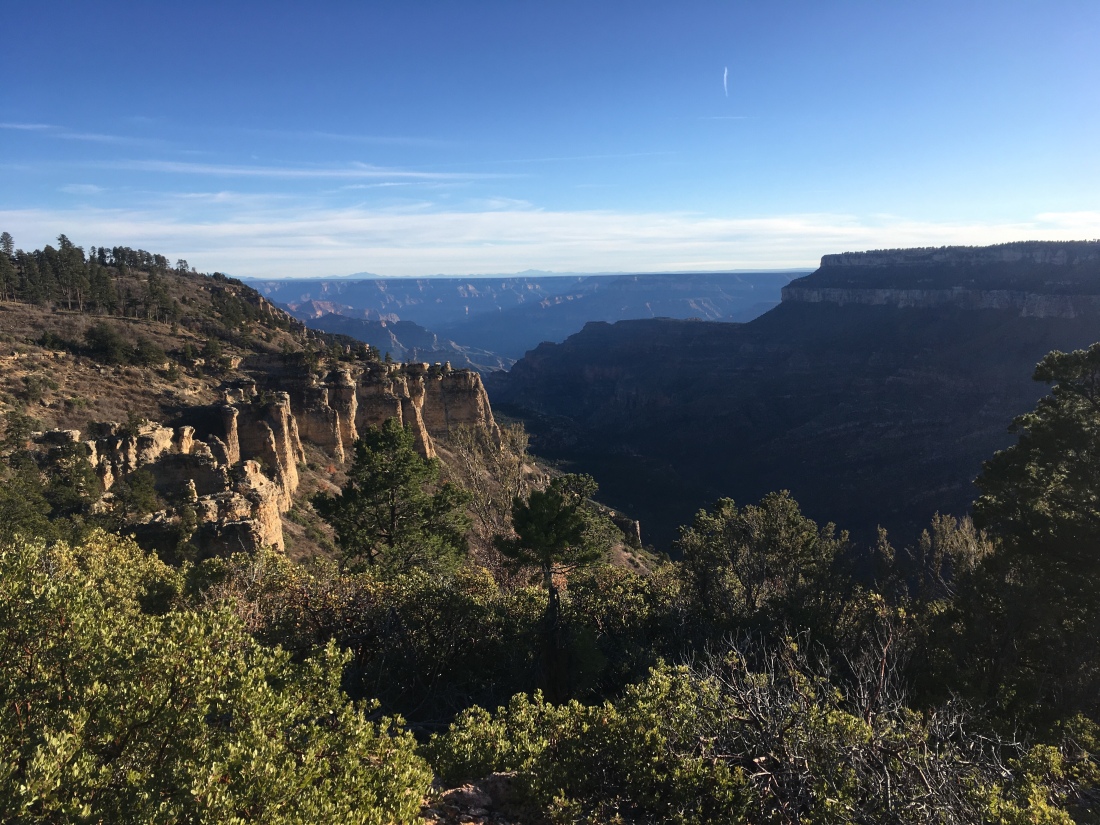 There was a Jeep at the trailhead which must have come in from the north. Despite being slightly off permit, I decided to go down to Teddy’s Cabin on the saddle because I’ve been wanting to visit it before the trip started. Fortunately the Jeep’s owners had had other plans so I had the place to myself. There are a few cots inside and a table. I unpacked everything so I can pack up with plunge pools in mind tomorrow and patch some gear. It’s not nearly as cold as the top of the north rim yesterday and the cabin makes things practically cozy.