My alarm went off at 6am and flailed for a while trying to shut it off. Fortunately, my roommate, Drew, was getting up at the same time. Opening the black out drapes proved what we expected, the sun was up and as bright as it had been at noon the day before.

After a quick shower and repacking, I met five others from our group at the continental breakfast. Jeff was passing around a packet of smoked salmon he’d bought the day before which made a pretty good stand-in for sausage. We almost forgot to actually put the bags we’d left by the storage room door in the storage room before heading to Wright Air.

We and our gear were weighed at Wright Air and came in within our allotment. Then we waited around for an hour during which time I realized I hadn’t packed toilet paper and stole some from the restroom.

The Wright Air flight has about 10 seats with Lance riding shotgun and our gear visible through one of the rear windows. The safety instructions took less than 60 seconds. The landscape we flew over was interesting but not in impressive. Much of the flight followed the Haul Road and so didn’t feel that isolated. However the landing strip in Bettles was gravel, and I think a quick survey showed that no one had landed on a gravel airstrip before. 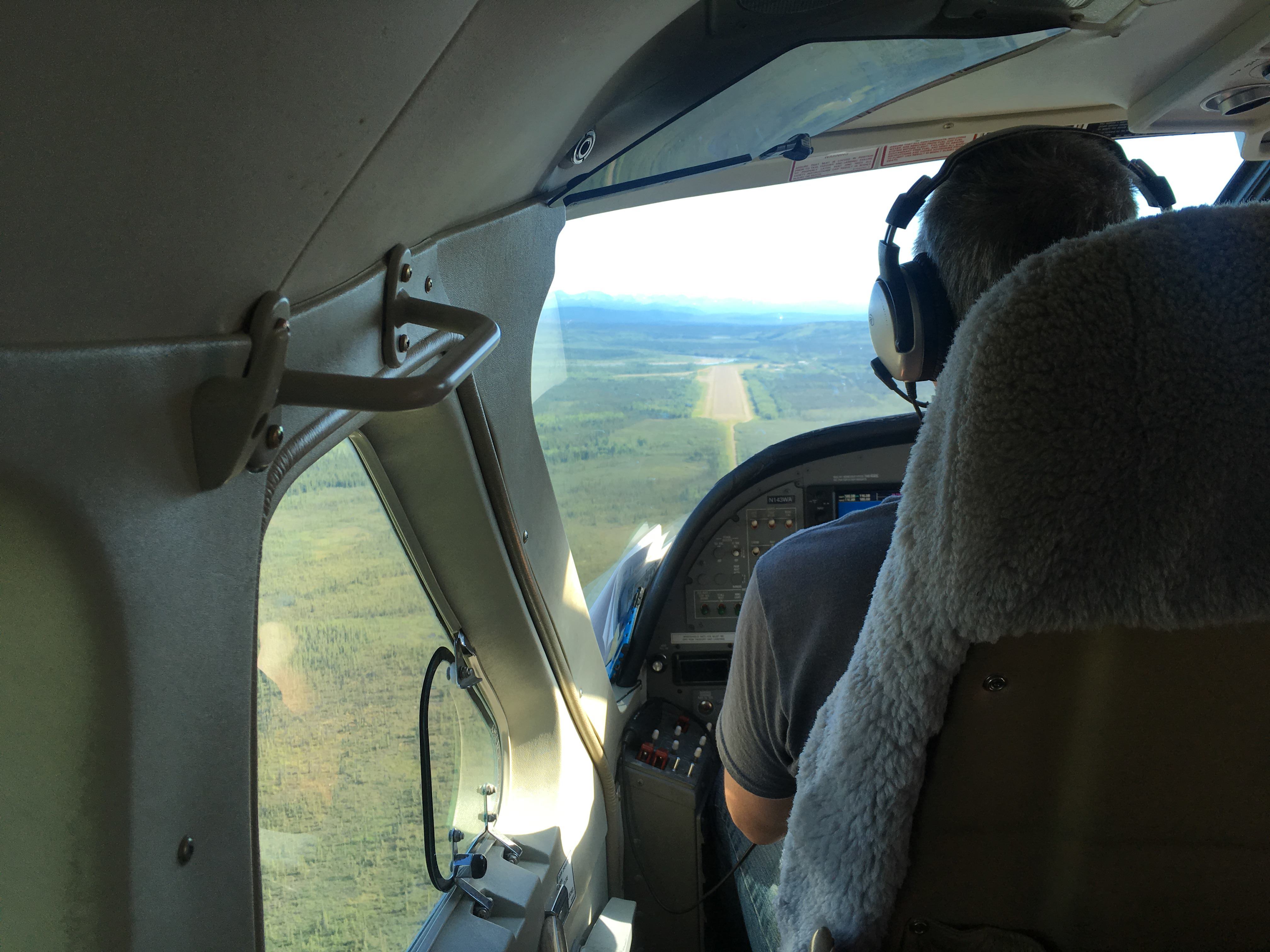 Bettles is a small village. There’s a Park Service office, airfield, and a few run down, closed buildings. We met Justin, our second guide who had gone out the day before due to limited seating. The year round population in Bettles is something like 10 according to the park service intern who gave us our orientation. She also did an excellent job dramatizing how to act if various bear related situations.

There was only one pilot flying for Brooks Range Aviation and our group was the second and third flights of his six seater float plane. We sat around for a while and the guides started to get a little antsy. I was in the first flight from our group.

The flight from Bettles to lake Omelaktavik near the Noatak was incredible. The terrain build in height and ruggedness, climaxing in close passes near the Arrigetch range. There was a lot of whooping and hollering from the seat behind me. Cameras were out nearly all the time and we got some intel on the condition for the coming days. 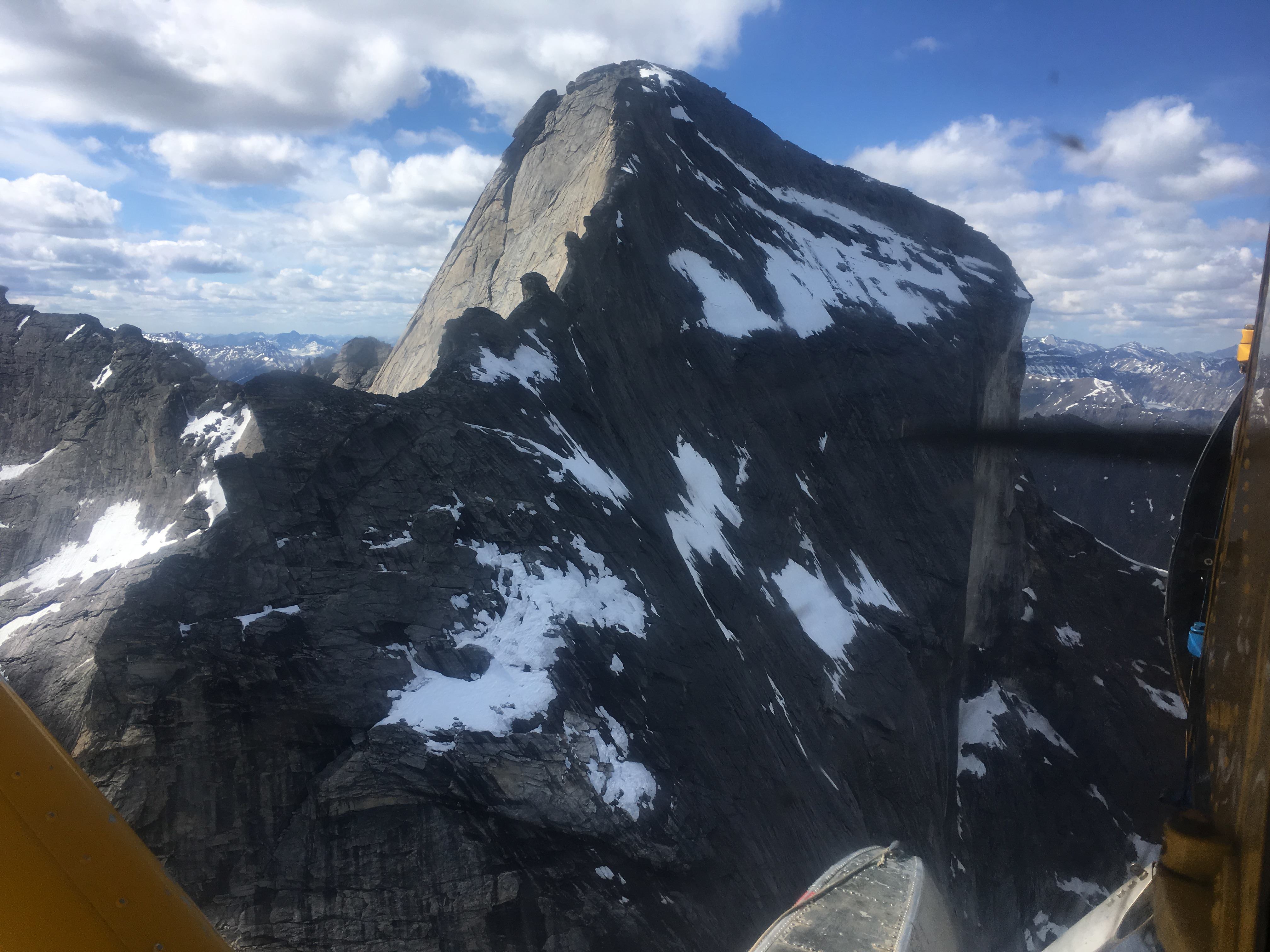 The Brooks range seems to consist of wide, flat valleys with little standing vegetation and many lakes. The mountains separating the valleys draw from the a low saturation color palette and the little amount of ground cover makes the whole thing look very walkable, at least from the air.

The float plane landed and we formed a bucket brigade to pass our bags along the float and onto the bank. The landing was very smooth and the pilot had just coasted until the plane had softly nudged the bank. Two in our party were apparently so excited they had to relieve themselves immediately despite having gone just before the flight. “We’re in it now boy’s”, “you’ve never been this far from everything in your life”.

While waiting for the second half of the group. The consensus seems to be that naps are in order. We’re weren’t expecting them until 7pm and there was some discussion of hiking for 4-5 hours thereafter. Andrew mischievously took to photographing some of the sleeping “wild life”. 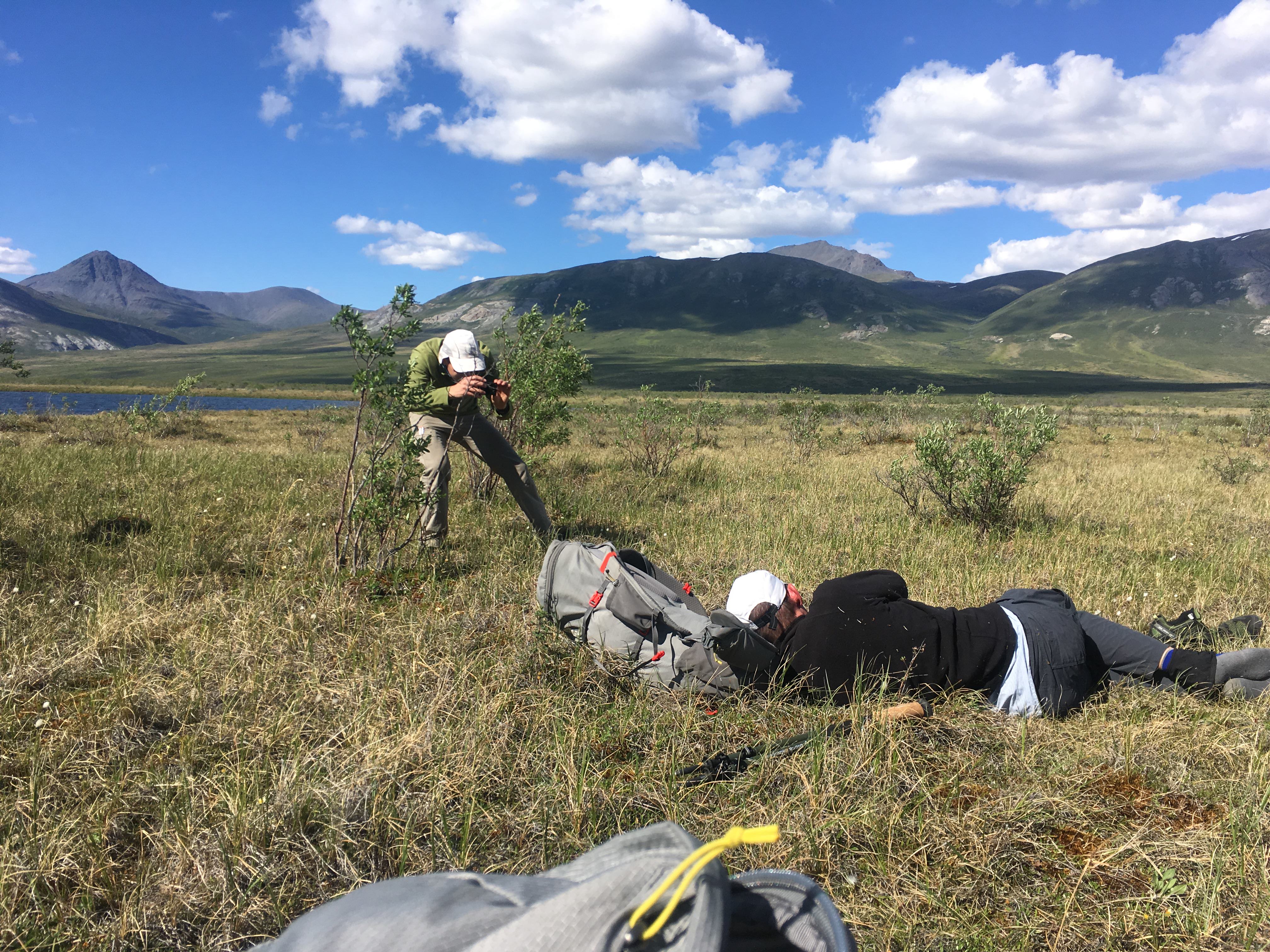 When the second group arrived, bear spray was passed around and we headed out. We had been on sponga, a soft topsoil which is dry until you spend too much time lying in one place and compress it. Immediately we were passing through tussocks, which cause bipedal travel to be like post-holing but without the snow) and low willows which indicate soggy ground.

The soggy ground and tussocks continued up onto the shoulder of of the Kugrak River valley and going was slow. Eventually we hit dry ground because gravel had been deposited underneath by a glacial collision and enabled it to drain.

The pace was good and everyone kept in a loose group, sometimes single file on a caribou trail, sometimes spread out on drier ground. We stopped every now and again for Andrew to talk us through a point of terrain or navigation. The map has a large scale factor so we don’t travel across it quickly and I could only spot the largest landmarks. 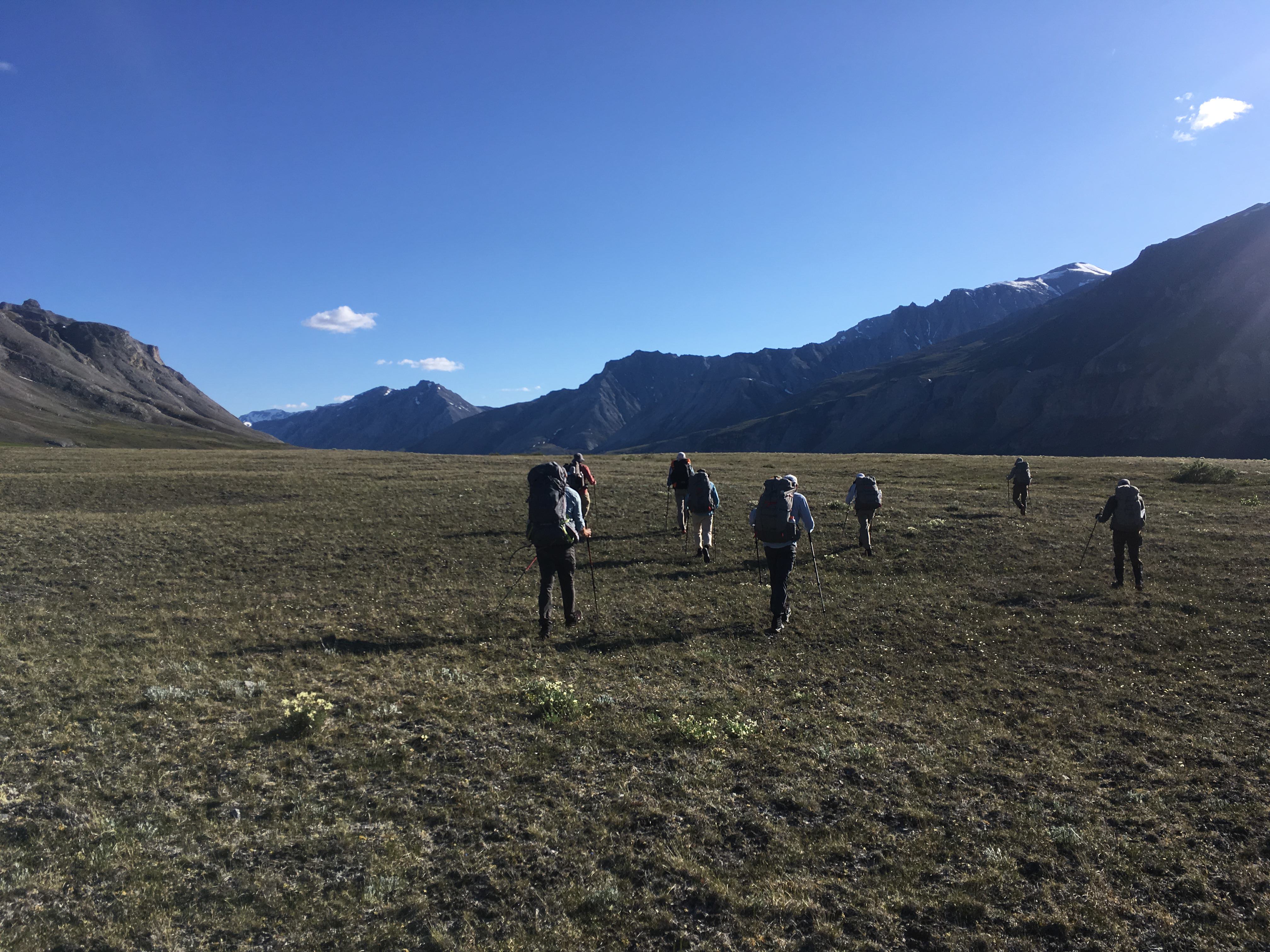 It wound up being a little difficult to find a place to camp as we were crossing an alluvial plain, which slopes gently but consistently, when we started looking for campsites. After a series of “everyone still have 10 minutes in them?” we camped near a dry streambed where everyone was able to find a mostly flat spot.

I set up my borrowed tent, a mid, and remembered the guy line system from the pre-trip curriculum (link). Given that I traditionally forget knots just when I need them most, this was made me very happy.

Dinner was a communal affair as we’re all carrying some ingredients for the group. Andrew would divvy up the group ingredients and gave tutorials on how to use the alcohol stove system a number of us had borrowed. Only one person’s fire escaped their little stove.

It was after midnight when we finished and the only indication that it was now “night” was that the sun had dipped below the peaks bounding the valley leaving us in shadow. I pulled my beanie down over my eyes to block the light and slept soundly.