A certain indication that I’m a good fit for this trip is that we decided to hike a few miles before breakfast. After four miles we stopped in a small gulley which sheltered us from the wind. We had cream of wheat with more ingredients than I use at home. 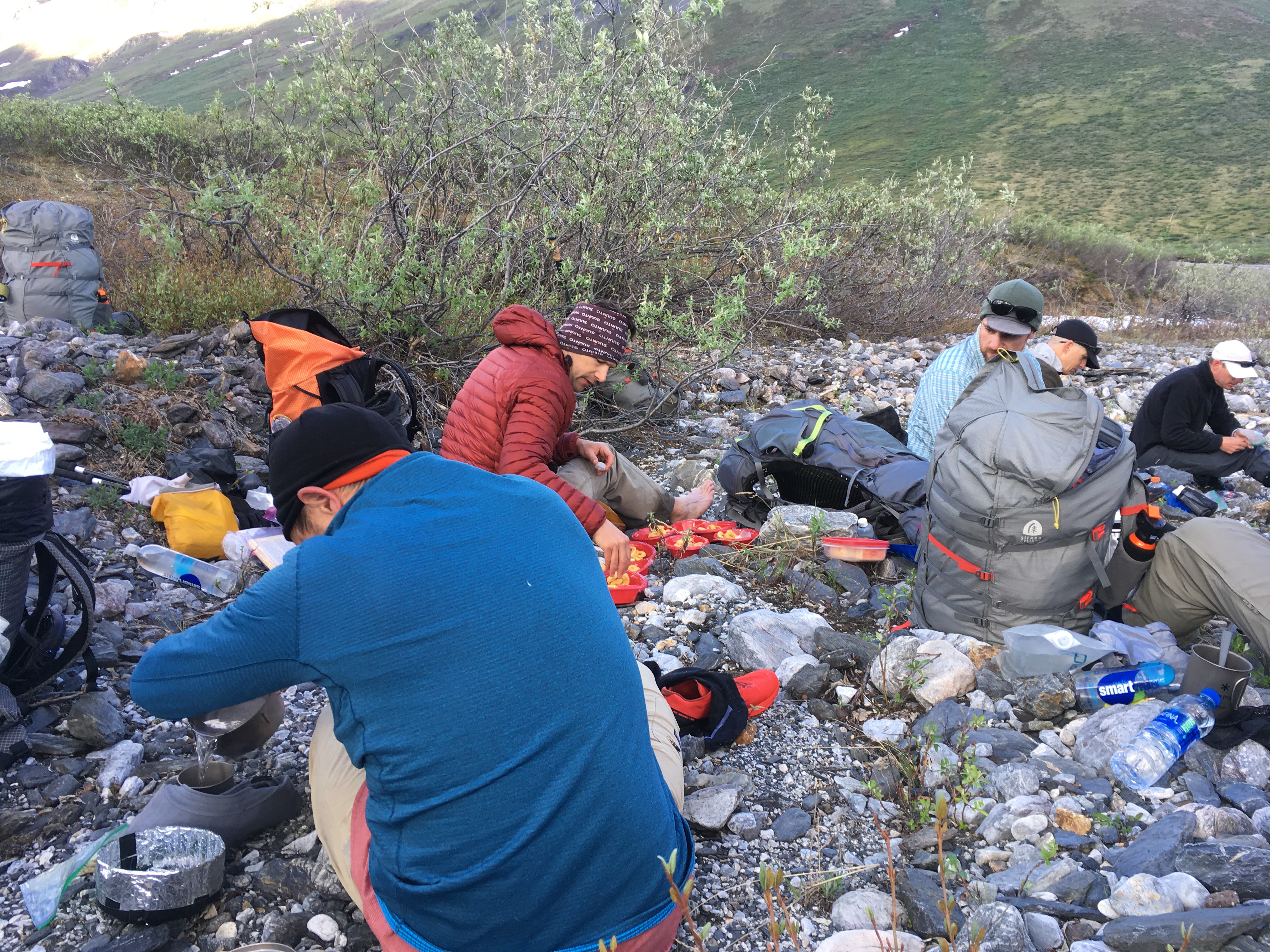 Shortly after breakfast we wound up walking on aufeis, which is ice that is frozen to the bottom of the river. It made for great walking. We had to cross a small waterway to reach it and ice water followed by walking on ice was a little cold on the toes. Motion kept things warm. 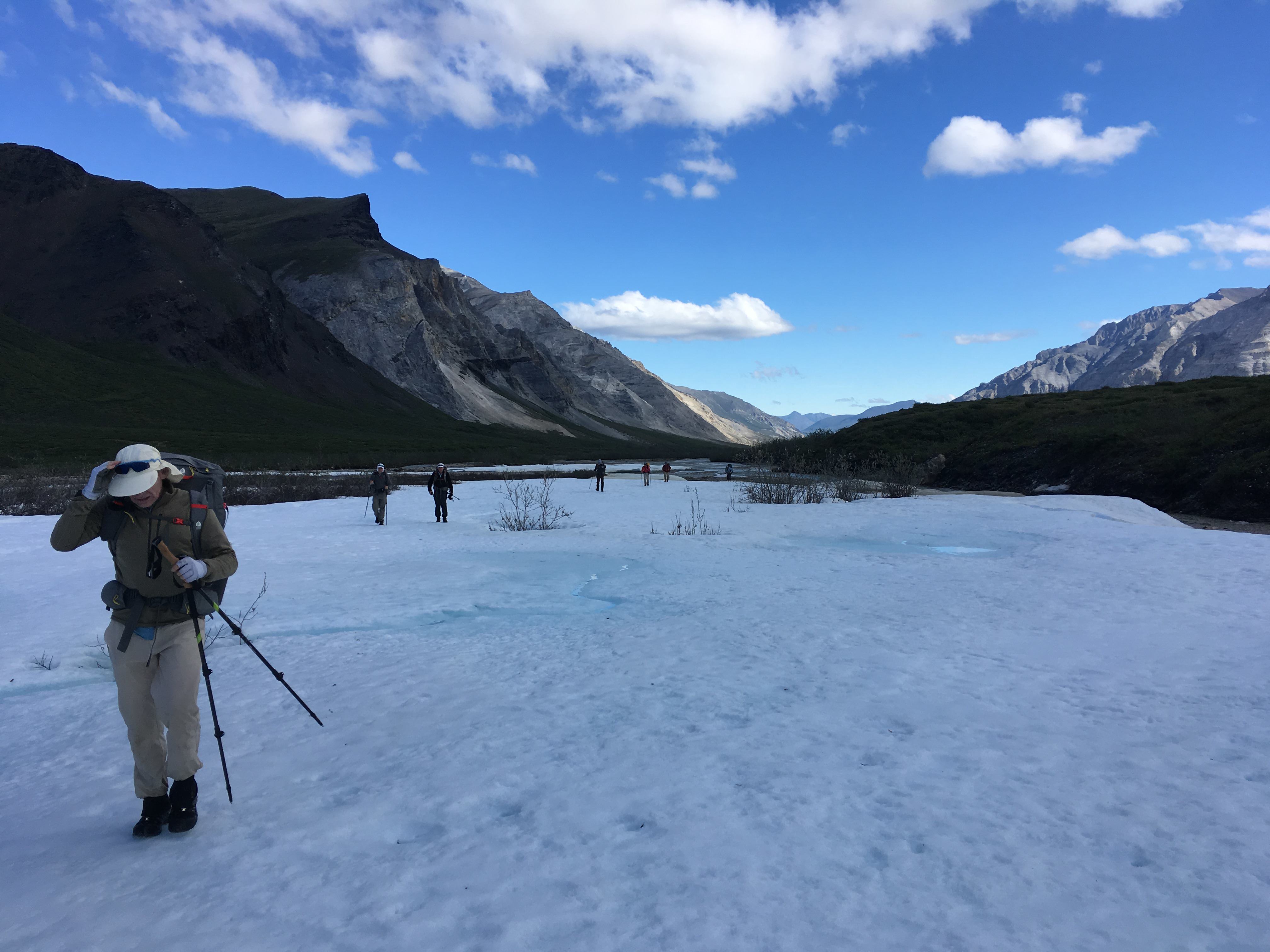 We finally made our first big turn of the trip, navigation up a valley, traveling mostly in the river. 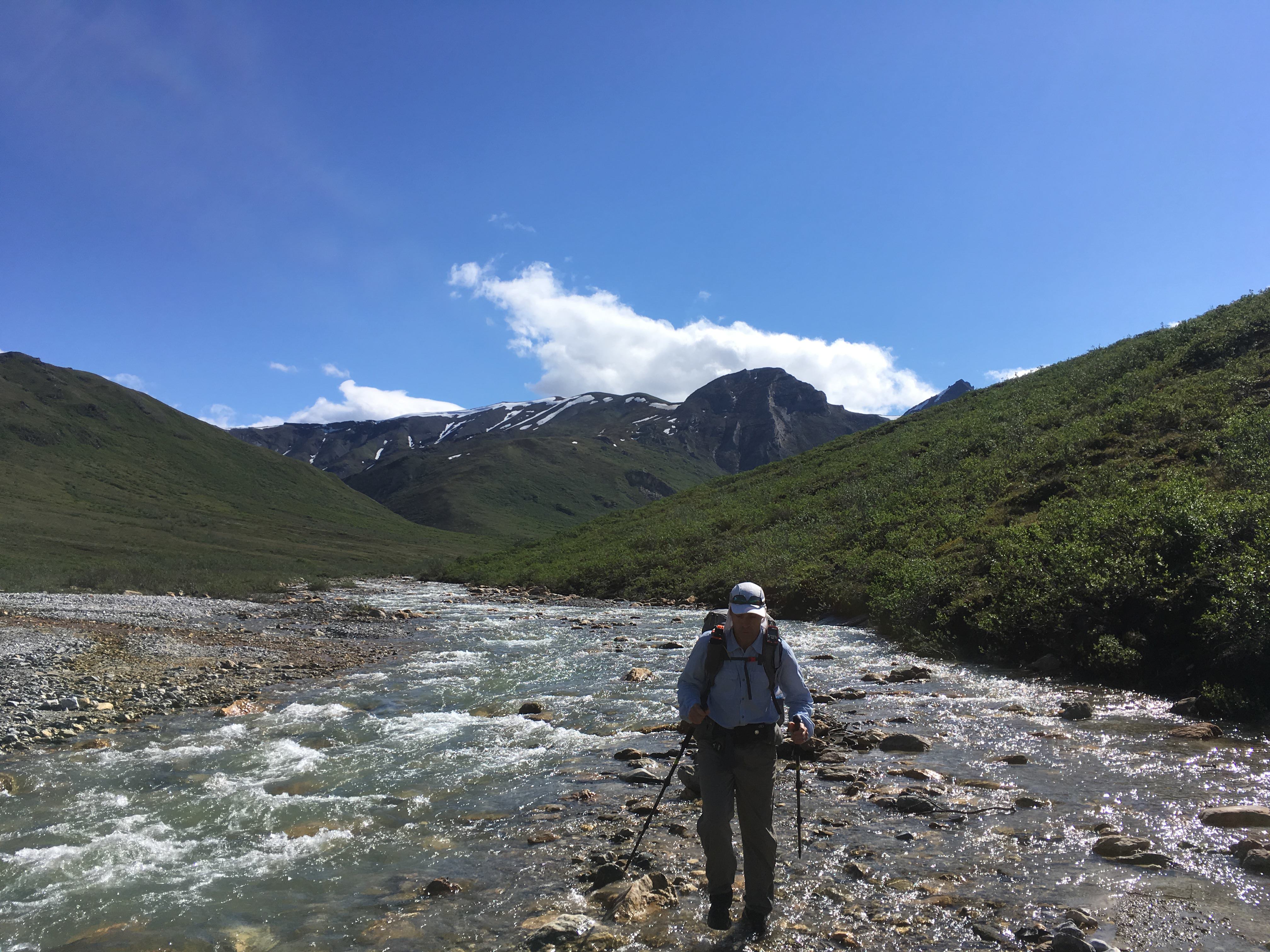 Andrew spotted an alternate pass which required a multi-part ridge walk. When we were close enough to see the mountain itself, we double checked and headed straight up. The view was incredible. 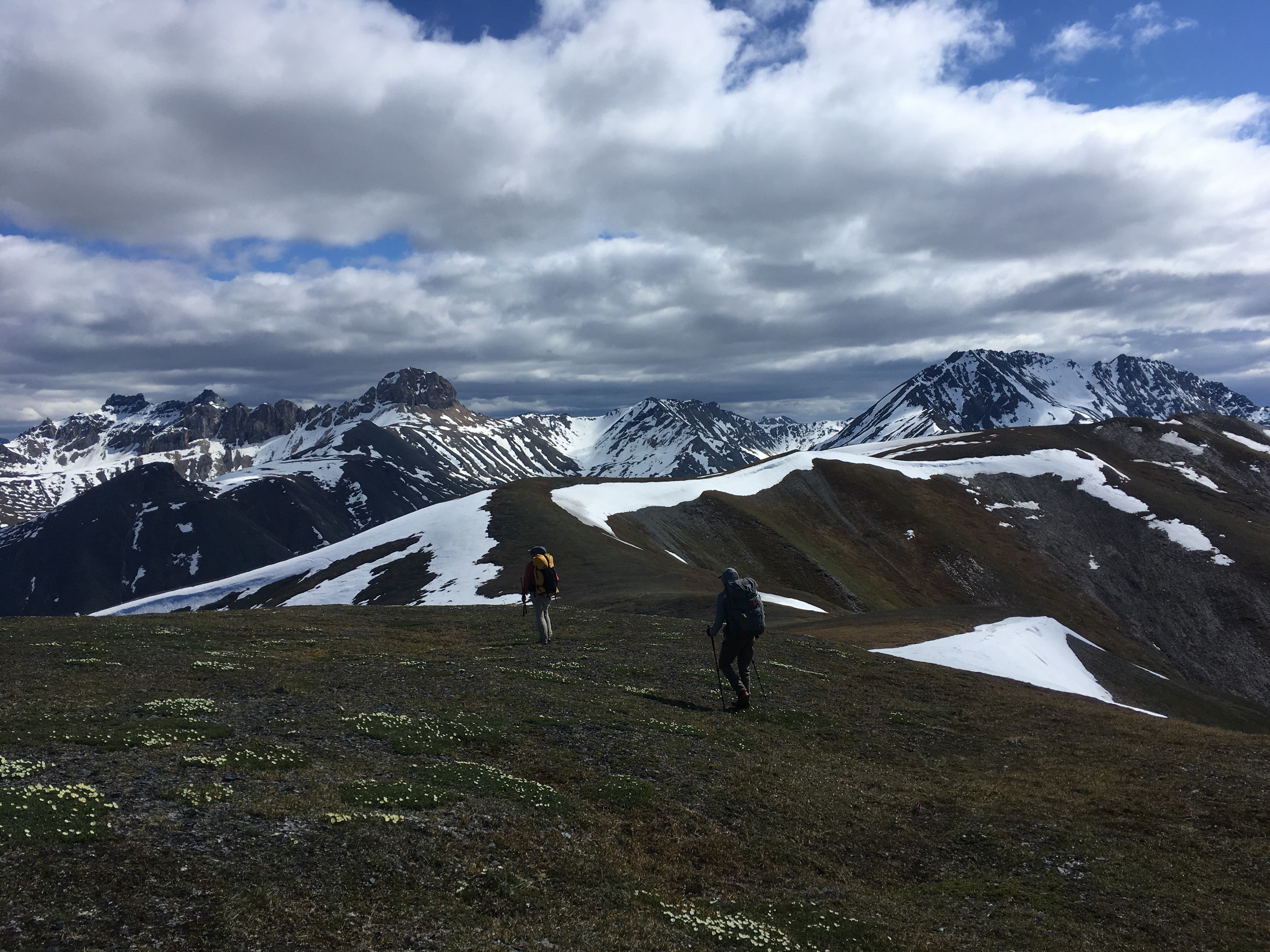 Eventually, we got to see the back side of the pass we had intended to cross. It was all snowy. I think our way, improvised though it may have been, was much more pleasant. 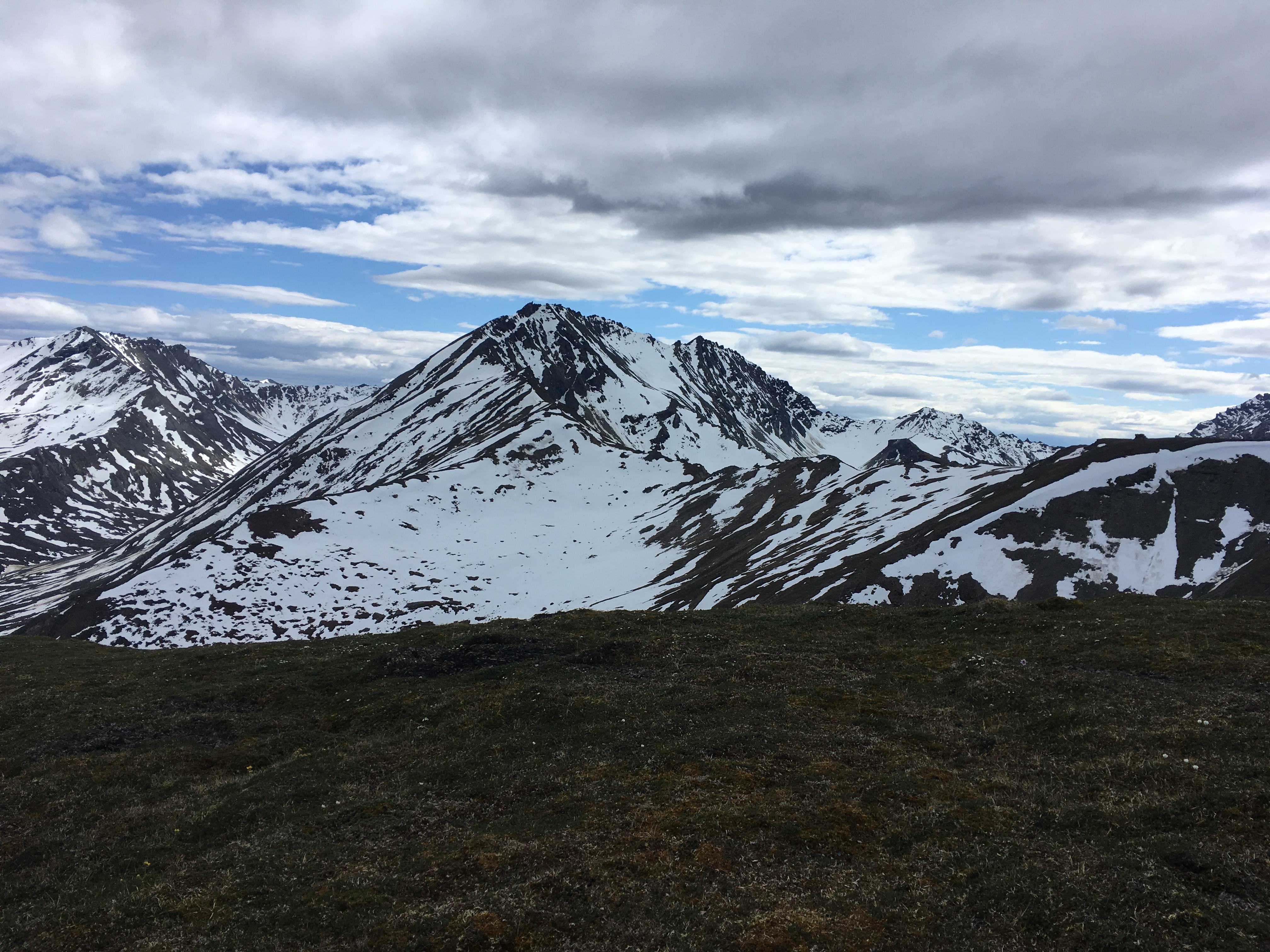 There were goat trails all along the ridge. It’s incredible that they just hang out up there.

Andrew was taking pictures of everyone with this huge smile as they went by and so I took a picture of him.

During a break on the ridge I asked for a latrine stop in the next valley and was invited to try using snow from a nearby snow patch as a bidet after going just up the ridge. Large snow granules aren’t quite your standard two-ply but icing my rear was surprisingly un-objectionable.

The way down was steep but initially soft, dry sponga. Then it got steeper so you couldn’t see what was below you. I kept thinking that we’d hit a cliff but we never did. At set of large rocks, I was glad that John went first as I hate moving towards things which look like drop offs. Ultimately it went and we wound up down near the next river. 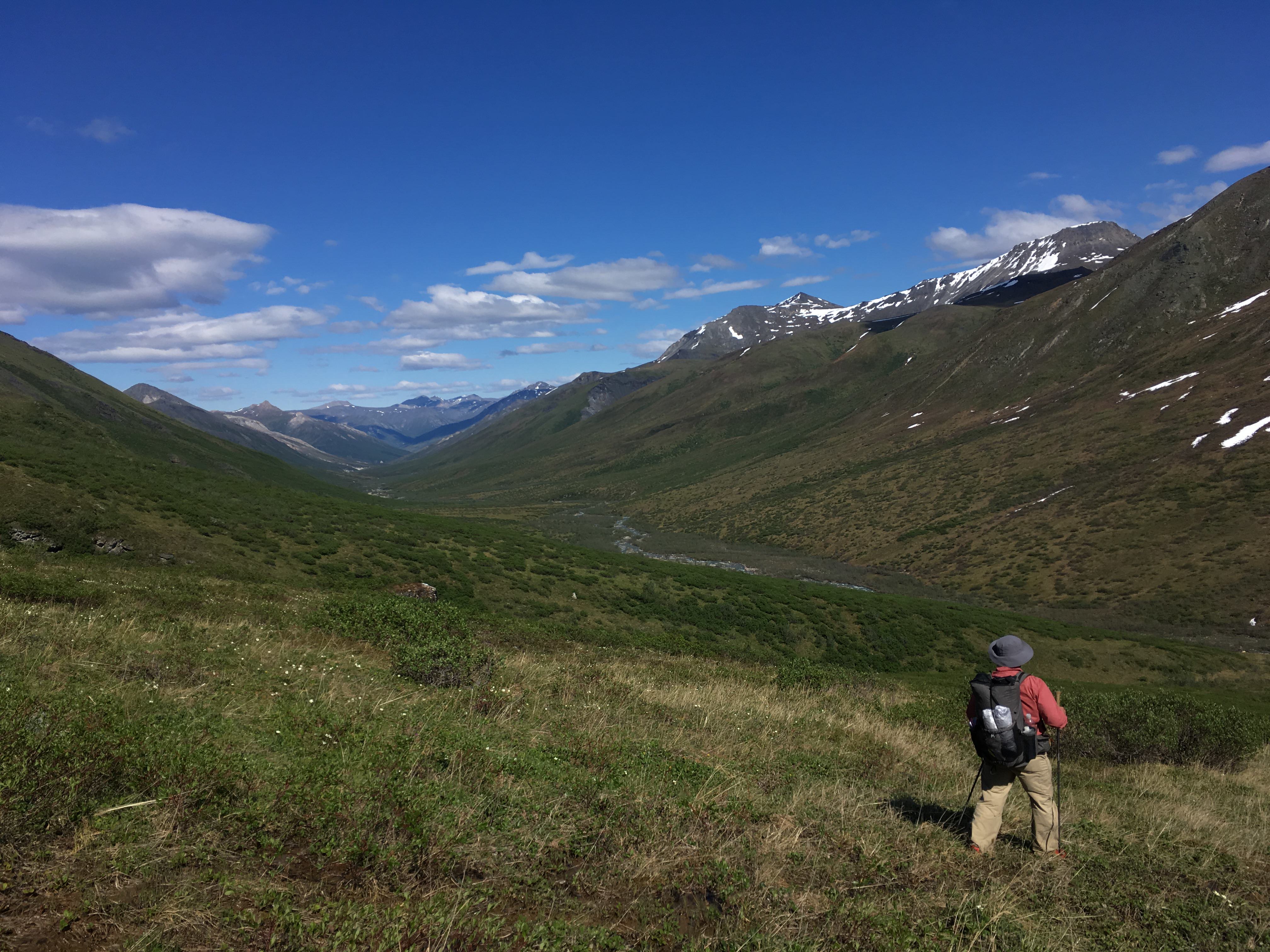 After a short debate over the next day’s route, we hiked another mile or so down the Iyahuna River and camped in a gently sloping, lumpy, soft area.

I didn’t think I felt tired but I my head just could not multiply by 28 to convert ounces of water for dinner to milliliters. I turned in as soon as dinner was over but it was roasting as the sun was overhead still. Eventually it dipped behind the mountains and the temperature dropped immediately and I could get under my quilt.