Woke up in camp by Awlinyak. There had been some discussion of getting over to Arrigetch Creek by ascending an unnamed drainage and working our way up to the north ridge overlooking the creek. The route was involved and required a great deal of elevation gain and I was glad when it was eventually decided against as it would have introduced a lot of unknowns on our last full day of the trip when bodies are beginning to break down.

We hiked down Awlinyak was mostly on game trails. There were a few places where side creeks came in that we dropped into a creek and had trouble finding a trail on the climb out. Some tussocks at the end near the Alatna River when we were forced up over a cut bank. The group was chatty, with 2-3 conversations going at a time.

Lunch on a small rocky beach by a channel. Talked about types of trips and reasons for different clients being on the trips. Gave Justin a PB&J. Previously he’d coined the term “no calorie left behind” which was now a group motto.

After lunch the travel seemed like it was mostly tussocks, or sponga and willows. There were some grunts as people pushed through hurting feet and stubbed toes. There were some tears. I worried about a small but sharp pain in my right knee which would happen from time to time. There was also a lot of conversation and comraderie. It took two tries to find a place to camp. Andrew’s expectation management and handling of group and individual morale was superb.

It was a dry camp on a hill top but the view was gorgeous and honestly all I remember now is the joy. There was a grand view down the Alatna and a side drainage made soft by puffy clouds. I had been so focused on trying to stay upright in all the tussocks that I hadn’t thought to take any pictures until then. 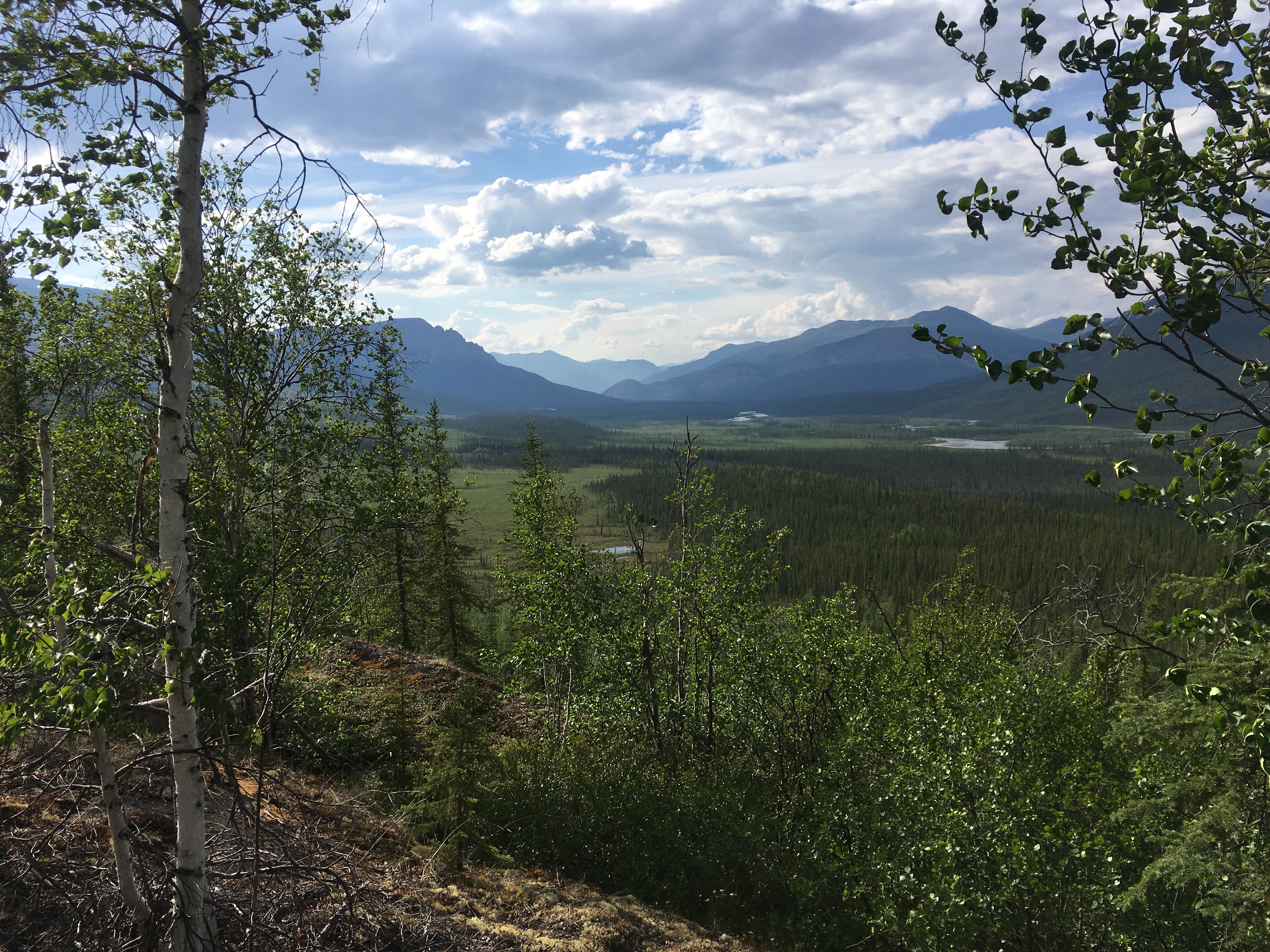 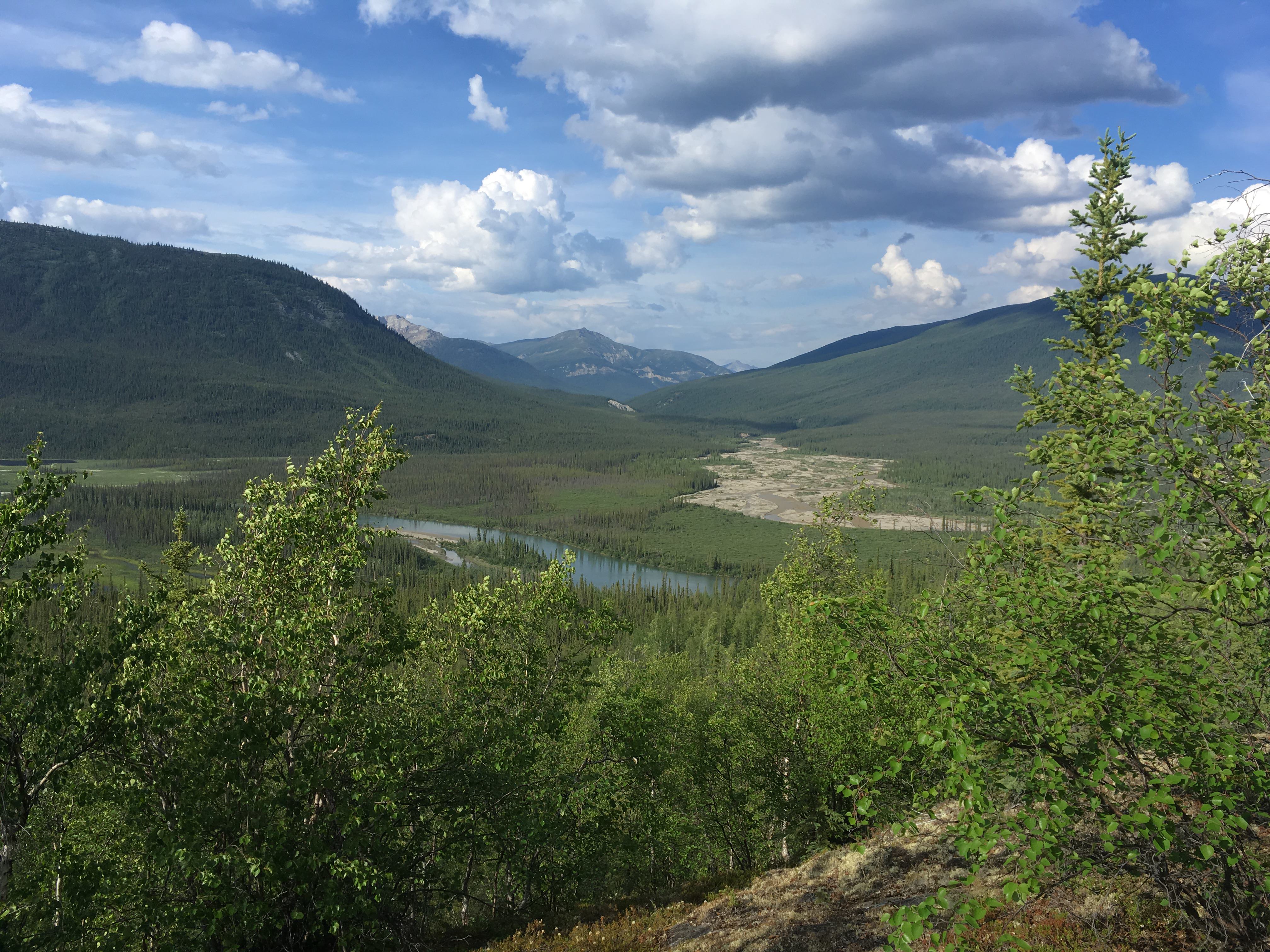 After dinner Andrew went around and checked on everyone. I was in my tent but through the wall he said he’d taken a risk on a newbie but it had worked. I laughed and thanked him for the complement.