I was proud of dead man anchor (I haven’t had to make them very often) I used last night to hold up my tent. The ground had been shallow and there hadn’t been many rocks around but I found one large one and put it on a fallen branch to which I tied off the only guy-line for which I couldn’t place a tent stake.

I had only taken two liters of water for dry camp and was low when we started hiking so I was glad to hit a small ditch with running water soon after starting.

It was only two miles to Arrigetch Creek but the going was hard. We used GPS, which was a rarity, and were counting tenths of a mile to stay motivated.

Arrigetch Creek was running strong and it took several minutes to find a suitable crossing. Fortunately there was one nearby since the creek didn’t appear to widen downstream and it would have been miles upstream before we would have passed above the feeder streams to cross at a point with reduced flow.

After crossing we ate breakfast in the woods. It was perhaps the most low key stop we’d had for the entire trip. While we always rested when necessary, most of our meals and rest stops had an underlying tension from the knowledge that we needed to get somewhere before camping. We weren’t at circle lake yet but we were almost there and there was no need to get there early.

A little over two more miles brought us to Circle Lake where a float plane would pick us up. The group was elated. I lost and under-over bet with John on when it would show up. 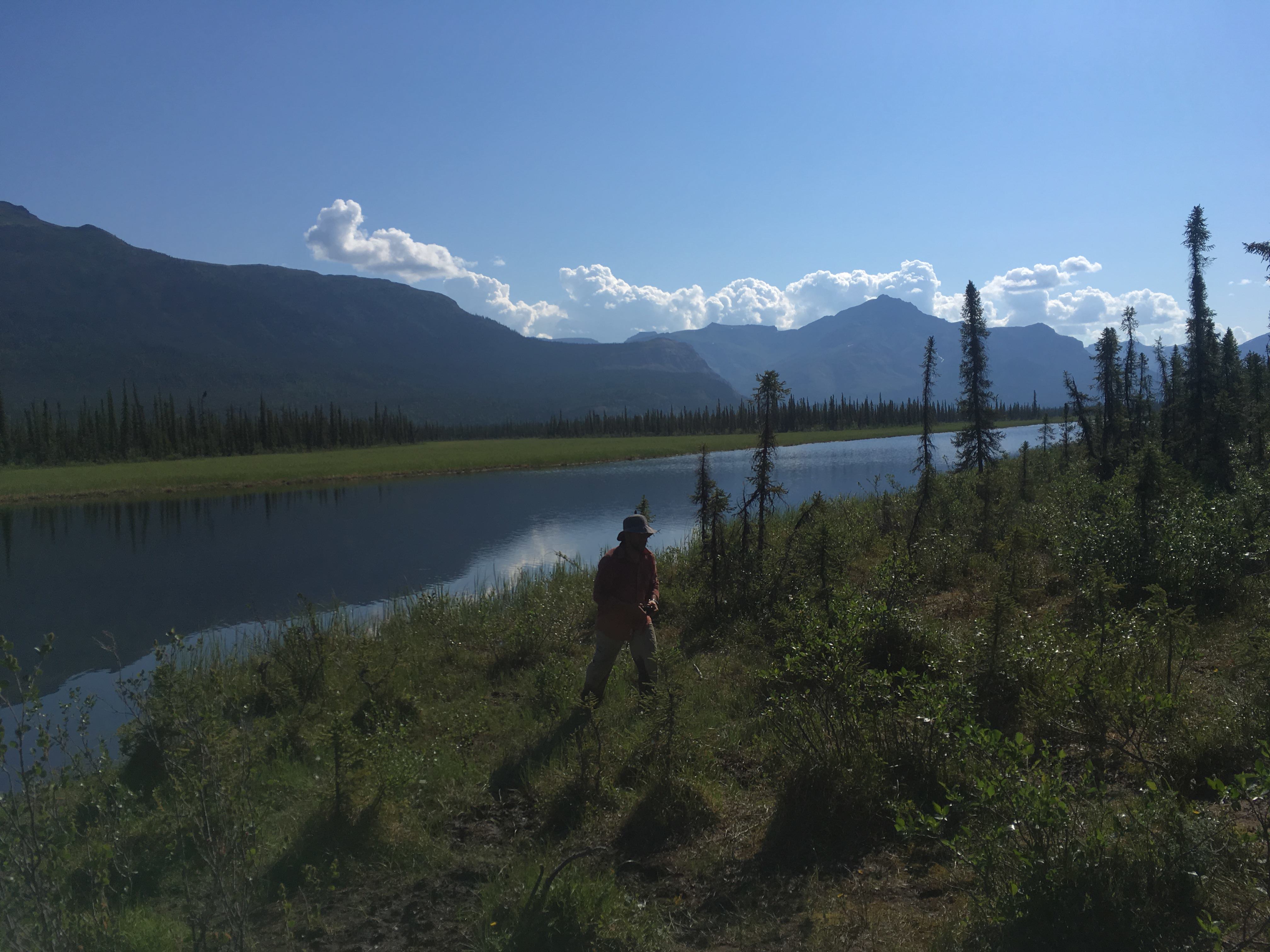 There were only 5 seats so I elected to be in the second group. The bugs were worse in Bettles and now that we’d made the rendezvous with the float plane, there was no rush.

Video of the float plane taking off. The float plane (a “Beaver”) didn’t fly very high and the view made a great way to tie off a hard week of hiking. 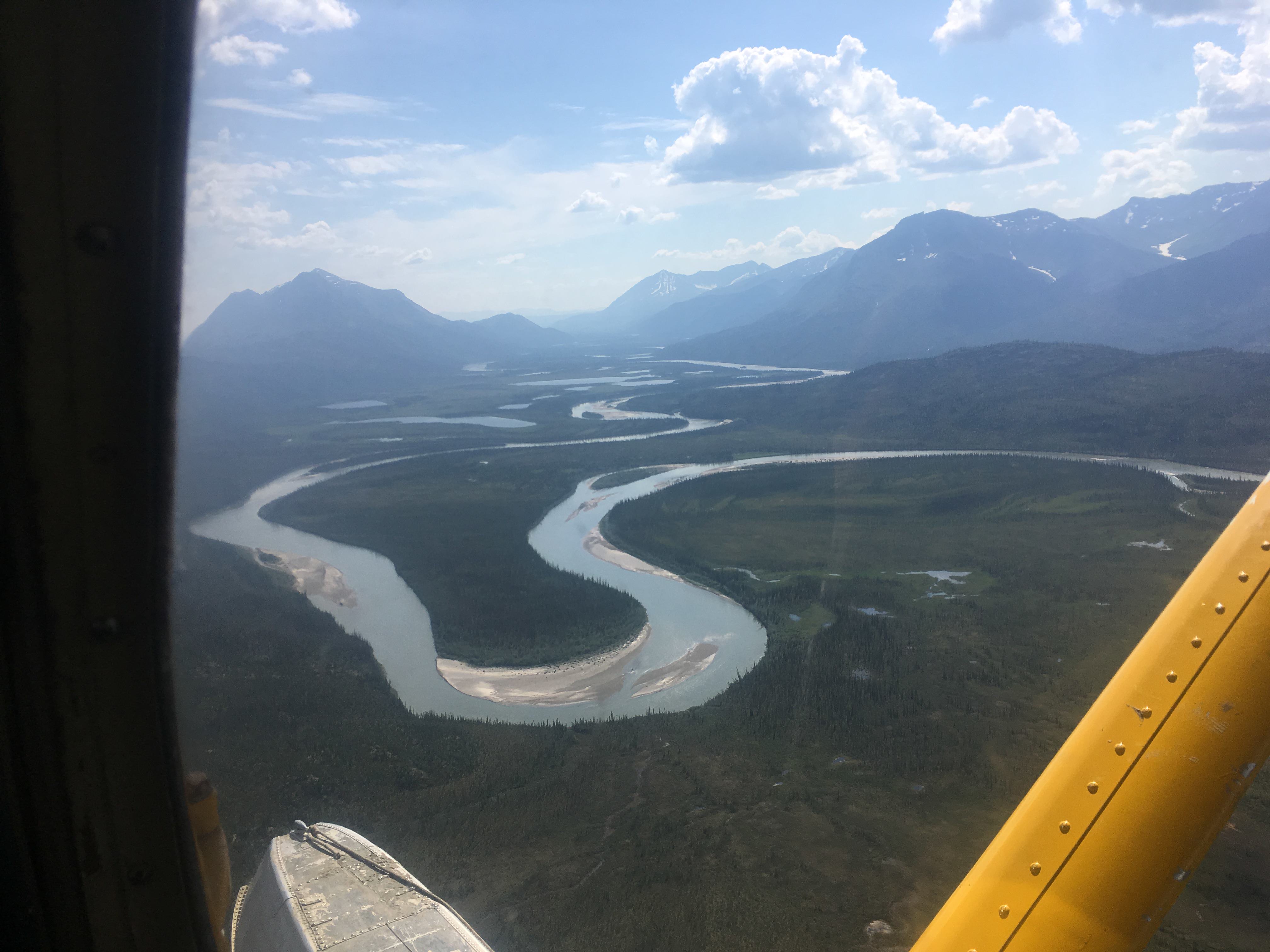 On the flight to Bettles, we spotted a forest fire starting. The pilot circled and called it in.

In Bettles, we got a shower and bought up most of the snack, healthy and otherwise, before dinner. Alan and Brian, the guides from the other trip were there and we spent the evening talking about our trips, hiking, adventures and the like.

Perhaps because the we were no longer in our Permethrin impregnated clothes, the mosquitoes were by far the worst of the entire trip. We camped by the river so the breeze would help clear the out but there was no shade during the night and it was difficult to fall asleep until the temperature dropped.