The flight on Wright Air from Bettles back to Fairbanks was the only time on the trip when I saw rain. 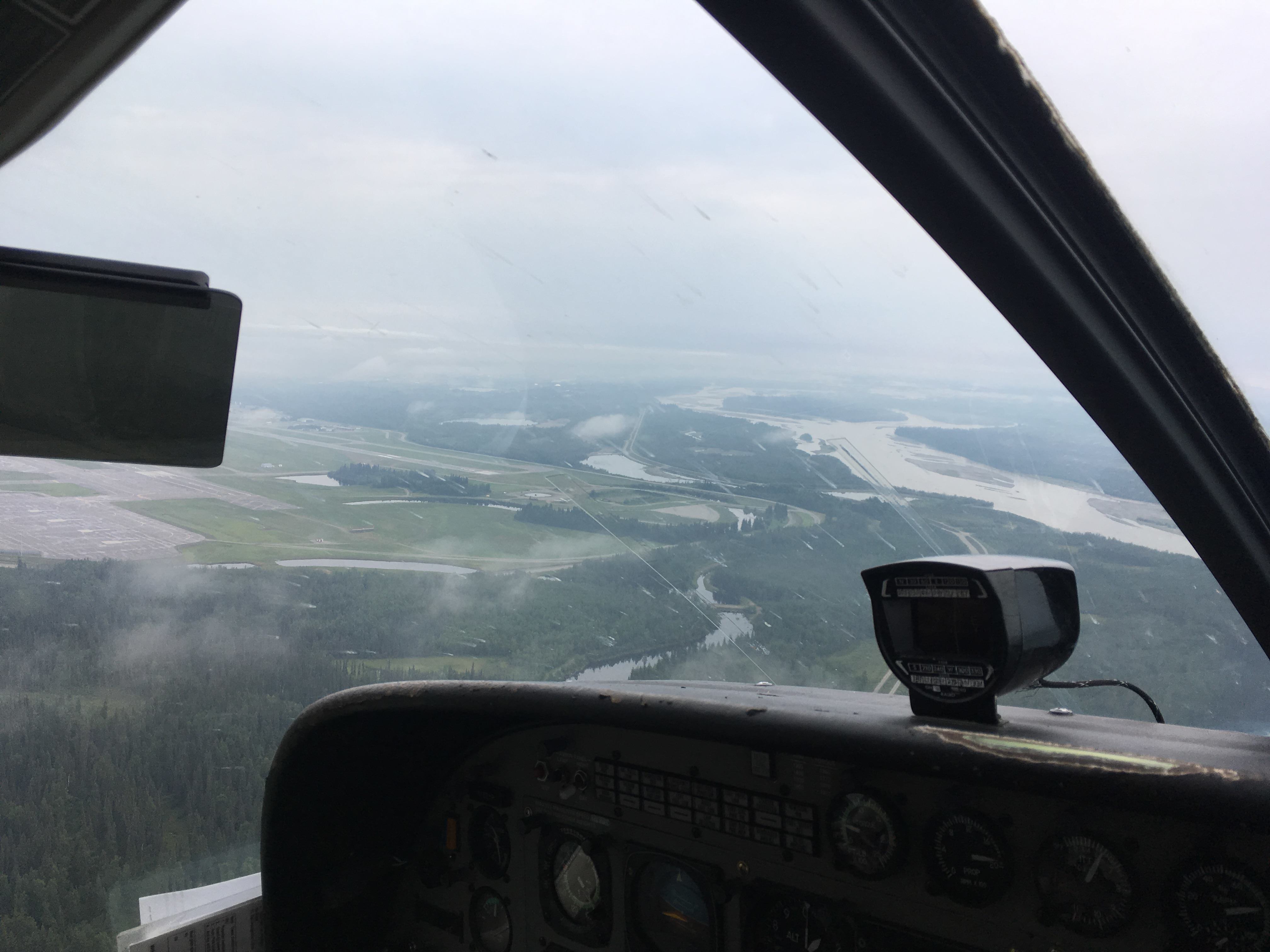 Some group members had a room where we’d stayed before heading out so we regrouped there, then went to lunch. Everyone had an entire pizza to themselves and there weren’t many leftovers.

Back at the hotel, we got back in touch with the world. E-mail, text messages, and social media were checked. The inbound group recognized me as the PB&J guy from Andrew’s Instagram. One by one, people would say goodbye and head for the airport.

I was on the same flight as Lance so we went to the airport together at the terminal and said farewell as we walked onto the plane.

It’s incredible to reflect on the trip. In most groups, there’s a slowest person. Ours didn’t have one. Some were faster up or down talus. Others were faster in tussocks. Everyone hiked all day and had a good attitude. Everyone had something interesting to talk about. The group were all high performers athletically (ex: a former army ranger, a triathalon coach, several ultra-marathoners) and in professional life (ex: doctor, retired-early wall street guy, financial advisor, business exec), but no one’s personality got in the way.

On top of that, no one got seriously injured. There weren’t any good evac plans short of walking out. Despite this, Andrew had taken us on a trip with relatively little intel and the need to adapt had been real. There weren’t many snow reports and no beta from anyone else this year. We’d skipped the highest pass of the trip, a mountain called Ariel, because it was was too risky. The Awlinyak had been running high when we crossed it. There were many unknowns which could have seriously risked the trip. Everyone had pushed themselves pretty hard and yet no one had broken. Despite all the risks, the trip had been offered and the participants trusted to make it work.

Andrew, our primary guide, could probably write a book on leadership or management. The trip was logistically complex (ex: he’d had to set up an LLC in Alaska to operate there). The team’s physical and emotional needs had to be balanced against with the demands of the route and schedule. People needed to be pushed to take risks so they would learn, frequently by failure, but correction couldn’t come across as diminishing. His concise style was sufficiently informative and trusted us to do the right thing. All of this from a guy who clearly does better after having his morning coffee. Andrew’s site & blog.

Justin, our second guide, was a fantastic balance to Andrew’s firm, clean, business like manner. Justin was goofy and sociable but didn’t make a scene. He was competent and self deprecating. His experience in the mountains came across in casual, independent opinions which you couldn’t help but trust. He felt like just another group member, but one who Andrew depended on to keep us out of trouble.

I wish them and all of our group the best on their future adventures.

One thought on “AK Epilogue”