The Anderson’s served pancakes and coffee in the morning which caused a lot of dawdling but eventually we started off down the road. Due to a trail closure north of the Anderson’s, we spent most of the day walking road, not trail. The downside is that road is hard on your feet. There were some advantages though. 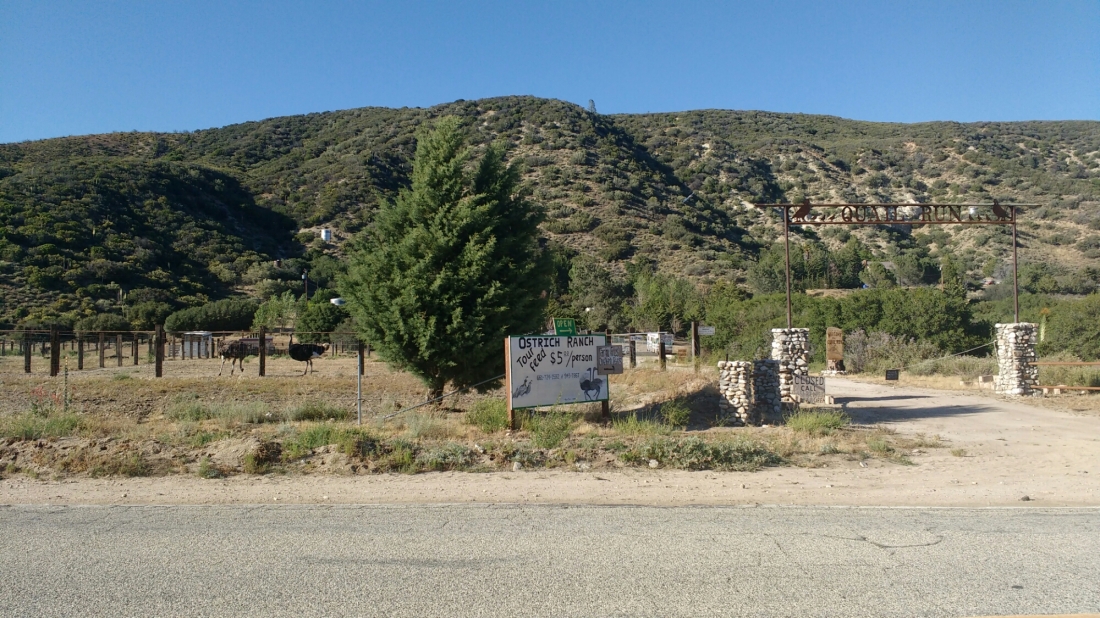 And stopped for lunch at the Rock Inn which kept a pitcher of Coke full for several hours while we rested from the heat of the day. They also had milkshakes which meant that I stayed back with Sven who had left the Anderson’s after Team Bizzle, Tupac, and myself to order a second round. Gluttony may be a deadly sin in normal life but in trail life, no such thing exists.

Sven and I left the Rock Inn around 5pm and walked the 4.5 miles to where Terrie Anderson had painted the posts at an otherwise unmarked trail so hikers wouldn’t miss them. 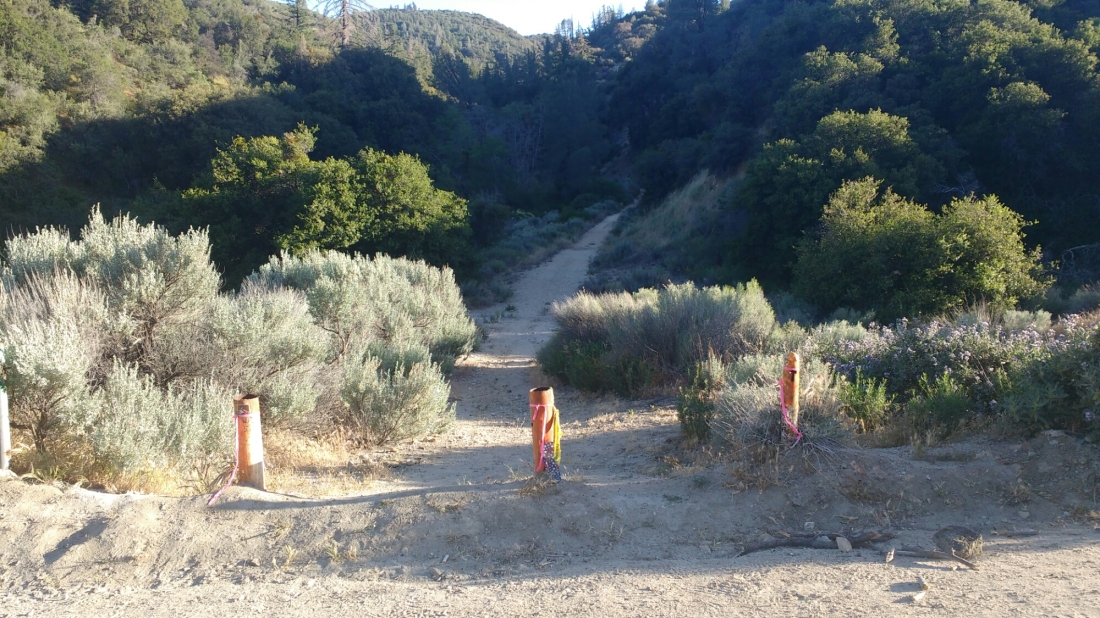 We found team Bizzle a mile or so down the trail just before the PCT at the Upper Shake Campground which looks moderately abandoned. The sites had fire rings so I made my first campfire of the trip.